PHOTOS: Edmonton Public School Board Chair Michael Janz, at the podium and on the job. Below: Canadian Taxpayers Federation Communications Vice-President Scott Henning, Parents for Choice in Education Director Donna Trimble, and the Edmonton Christian High School, which is run under the auspices of the EPSB.

Conservative politicians, their vocal supporters, private school operators, separate school system officials, charter school advocates, administrators from such institutions, and parents of home schooled children have all been chanting the mantra of “competition is good” for so long most of us can hardly remember hearing anything else.

So the reaction to Edmonton Public School Board Chair Michael Janz’s suggestion last week that the public system should offer its own Roman Catholic education specialty program has been interesting, to say the least.

It turns out that competition is always good … except when it isn’t! Who knew?

Mr. Janz’s idea, in a nutshell, was that with its long history of successfully overseeing specialty programs that include Protestant, Jewish and Muslim religious education, maybe the time has come for the Edmonton Public School Board to offer its own optional Roman Catholic program.

“We are proud of our legacy as a district of choice, including our existing excellent faith program choices,” Mr. Janz wrote in his personal blog a week ago. “EPSB offers more than 30 alternative programming options.”

He suggested in a radio interview that letting public schools offer Catholic programs could over time end up saving the provincial education system an awful lot of money – an important point, as noted in this space last week, at a moment in Alberta’s history when parallel public school systems are forced to compete for scarce tax dollars and right-wing politicians constantly raise hell about too much spending on public services, including education.

And yet (astonishingly?) the reactions to Mr. Janz’s hard-to-refute observations by the advocates of competition have been, shall we say, inconsistent. Moreover, elected and self-appointed opponents of official waste have been oddly silent.

Consider Catholic educators, hitherto fierce advocates of the competition argument. Their position seems to be: Only we can do it right, so you should get lost.

The Alberta Catholic School Trustees Association weighed in almost immediately, with a news release stating, “Catholic education is not an alternative program offered in a secular school but a worldview, encompassing a Christian perspective, imbued with the Spirit, taught by faith witnesses who are more than teachers but sacraments to God’s grace, and Catholicism is permeated throughout the curriculum, as well as school life in general, be it through sports or extracurricular activities.” 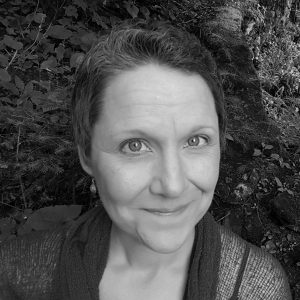 As an aside, I am certain many Protestant Christians, Jews and Muslims view education in much the same way, yet many parents from each of those faiths don’t seem to have a problem with the choice offered by the EPSB. Ditto for Catholic parents at the public school board south of Edmonton that has offered optional Catholic instruction for 20 years.

ACSTA insists in its “fundamental principles,” by the way, that “free-standing Catholic schools on separate sites” must “remain the standard for Catholic educational facilities.” It further insists, “No Catholic school board should be pressured into any type of partnership or joint-use arrangement. …”

Indeed, ACSTA argues that such existing precedents should not be considered precedents! Well, so much for saving money on infrastructure.

The Catholic Church has not yet spoken on this issue, but when it does, it can be expected to say much the same thing.

Meanwhile, consider the position of Parents for Choice in Education – an organization representing private schools, home schoolers, religious schools and lately, apparently, Catholic schools too – which is so committed to choice it has the word right in its name.

In a blog on the group’s website, Parents for Choice Executive Director Donna Trimble excoriated Mr. Janz for wanting to offer the wrong kind of choice, accusing him of using “deceptive” language to hoodwink parents “to bring more students and educators under the control of the Edmonton Public School Board.” They claim “Edmonton Public School Board would like funding stripped from all other school boards.”

So what PCE calls “genuine choice” requires, I guess, that the EPSB not be allowed to offer a choice for fear it be so successful it would degrade what the group calls “healthy competition in the education marketplace.” Hmmmm.

Are they afraid more parents would choose the public school alternative, as has indeed been the case with the EPSB’s Logos program and Edmonton Christian School?

“Many citizens choose to appoint their taxes to the separate school board because they believe that Catholic education is unique and important, and they want to support a school board authority dedicated to genuine Catholic education,” the PCE blog said. This ignores the fact that since 1994, when the sainted Ralph Klein was premier of Alberta, all school taxes have been pooled and doled out again by the Government of Alberta on the basis of per-student grants.

As the Journal’s anonymous editorialist put it in the traditionally plummy editorial voice, Mr. Janz’s proposal “represents an unnecessary duplication of service on a citywide scale.” So the Journal seems to be saying this choice shouldn’t be allowed because more expensive and elaborate duplication already exists.

Finally (for now) there is the strange behaviour of Canada’s self-appointed “tax watchdog,” the Canadian Taxpayers Federation, which claims to be dedicated to eliminating waste and keeping taxes low. You’d think, wouldn’t you, that a huge parallel tax-supported agency duplicating the job done by another such group would be a natural target for the CTF?

Yet what do we hear about school board duplication from the CTF? Crickets!

I asked CTF Communications Vice-President Scott Hennig if the group had a position on separate school boards and he told me media haven’t asked.

I also checked with Paige MacPherson, the CTF’s Alberta director, and she had much the same response: “Nope, media haven’t asked me and I haven’t taken a position on the issue.”

But isn’t this a natural issue for a group like the CTF? She responded: “It’s not something we’ve asked our supporters, given the likelihood of it happening seeming extremely small.”

So is the likelihood of any Canadian senior government balancing a budget any time soon, but I don’t recall the CTF being so shy about that! Maybe the media should get off its collective duff ask them some questions.

It’s funny, isn’t it? Every one of the choice advocates mentioned here apparently wants to ensure the Edmonton Public School Board doesn’t have the opportunity to offer parents and students this choice.

What are they afraid of? That EPSB will do too good a job?

As for the CTF, well, they’re all for choice too – as long as the public sector isn’t involved.

In fairness, given the passions this issue arouses, the CTFers may be wise to try to keep their heads down. Naturally, politicians of all stripes, especially those on the right who normally advocate “choice” as a matter of course, are prudently doing the same thing.

The question is, should we let them?

After all, if the market’s so great, what’s wrong with the market?

Alert the media! Fair Deal Panel recommendations to be trotted out today