In a brilliantly subversive move, Michael Janz, chair of the Edmonton Public School Board, has publicly wondered in a blog post if the board he leads should set up its own optional Catholic program.

After all, the Edmonton Public School Board has a pretty long and successful record of running faith-based programs under its auspices, Mr. Janz noted mischievously on Monday in the personal blog he publishes online. There’s a Protestant Christian program, a Jewish program and a Muslim program, all operating under the board’s auspices with proper attention to standards and curricula.

“We are proud of our legacy as a district of choice, including our existing excellent faith program choices,” he stated in the blog. “EPSB offers more than 30 alternative programming options.”

So what about it, he wondered … “Is a public school board permitted to open a Catholic Faith Alternative Program?”

Why not indeed? Surely Catholic school boards and church officials in the Edmonton area would agree you just can’t have too much Catholic education … not!

No, in fact, you can count on it that the establishment that runs publicly funded and constitutionally protected Catholic education system in this part of the world was burning up the phone lines yesterday figuring out how to respond as negatively as possible to Mr. Janz’s musings without appearing to suggest Catholic education isn’t a terrific idea.

At any rate, the Alberta Catholic School Trustees Association quickly sent out a news release stating: “Catholic schools in Alberta are not just another school system, or substitute offering, but rather are schools with a Catholic-centred view which permeates the whole learning experience.” … 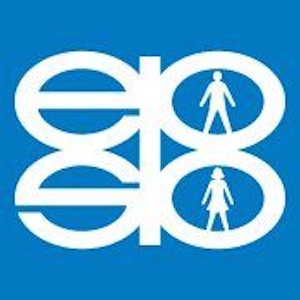 “We believe Catholic religion courses belong in fully permeated Catholic schools,” the release concluded – “fully permeated” in this case meaning Catholic teachings need to be blended into every other topic, be it history, biology, science books, or the French you took.

Mr. Janz disputes that argument, pointing out, first of all, that while Catholic education may be constitutionally recognized in Alberta, nowhere is it written that it must permeate every other topic taught in Catholic schools.

Moreover, he argues, not so mischievously, that allowing public schools to offer Catholic programs could save the entire provincial education system billions of dollars – a telling point when Alberta is supposedly broke again, parallel school systems are forced to compete for scarce tax dollars, and Opposition parties are screaming that the NDP Government isn’t trying hard enough to find ways to save the public money.

“One of my goals here is that we can have the conversation about how we build and allocate new schools in new neighbourhoods,” Mr. Janz told a CBC reporter yesterday. Historically, he didn’t need to mention, the Catholic system has been extremely reluctant to even share a gym or a playing field with a public school.

“There are thousands of students who attend Catholic Schools who aren’t Catholic,” Mr. Janz wrote in his blog. “If even a few of them chose to return, that could be a significant influx of students and would be especially valuable in mature communities with lower-enrollment schools. Province-wide, it could be even more significant especially for rural communities with dwindling populations.”

Just think, he wrote, of the “significant cost savings to the Alberta government if public schools could offer a Public and Catholic program under one physical and metaphorical roof.”

His blog’s conclusion: “With the archaic notion of directing one’s taxes to the Public or Catholic school system having no bearing anymore on funding (it’s all pooled and directed based on enrollment) it is time we got creative in finding innovative ways to improve program delivery while demonstrating innovation and efficiency in the use of our education dollars.”

Accordingly, Mr. Janz vowed to file a formal request for information to the Edmonton Public School Board’s administrators at its next meeting, scheduled for the Feast of St. Valentine.

Back when he was first elected in 2010, Mr. Janz noted, he asked the same question and was told “that previous governments and Ministers would not permit Public school boards to create Catholic programs, but puzzlingly they have allowed Catholic districts to offer duplicate programs that are also offered by Public and Francophone school boards.”

While Education Minister David Eggen, contacted by the CBC yesterday, defended the education provided by the Catholic system, he also added, in the words of the broadcaster’s reporter, that “the public board doesn’t need to ask the government’s permission to offer other religious programming, and Catholic programming would be no different.”

The school board officials charged with answering Mr. Janz’s query are bound to be very interested in that, one imagines. What do you want to bet officials of Alberta Education are lined up at the minister’s door at the start of business this morning to explain to him the many reasons it just can’t be done.

Mr. Eggen and the NDP, of course, need to be mindful of the fervour with which advocates of Catholic education have defended their turf historically – and this time that is bound to include advising any government to beware of imitators.

Mr. Janz, though, not so much. After all, at least for the moment, he hardly has to to worry about angry voters who are fierce defenders of exclusive Catholic education, no matter how well organized they are, does he?

Brian Jean makes it clear, any new Alberta conservative party will be the Wildrose Party