In addition, the five-member committee chaired by National Energy Board member Ron Wallace submitted another report on public engagement with the highly controversial issue.

Of the 85 words in Ms. Savage’s statement, 40 were devoted to a pro forma expression of gratitude to the members of the committee for their work and to citizens, communities, First Nations, and organizations that took part in the process.

So that leaves just 45 words for us to attempt to suss out where the consistently secretive Kenney Government is going with this.

As was doubtless intended, that’s rather skimpy evidence on which to base conclusions, but still enough to draw a few inferences.

First of all, the timing is evocative, sending word of the thrice-delayed report into a journalistic black hole obviously selected to ensure even less attention is paid to it than an announcement on a Friday before a long weekend, the traditional time for governments to dump problem information.

Add to this the short and uninformative nature of the statement, and it seems likely the government understands that one way or the other the report is going to present it with an issues-management challenge.

As University of Calgary environmental and resources law professor Martin Z. Olszynski observed in a tweet yesterday, “the longer they take to release it, the more problematic it is for them.” 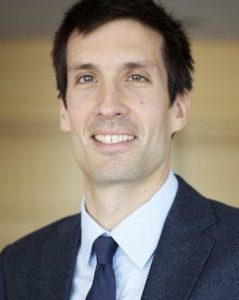 This is fair, but given the history of this issue and the fact a provincial election is scheduled for 2023, it’s hard to imagine how it cannot be a problem for Premier Jason Kenney’s United Conservative Party.

Readers will recall that a year ago, a huge brouhaha erupted when Albertans learned the Kenney Government had auctioned off coal leases on the Eastern Slopes of the Rockies for a song.

One 15-year lease for 1,853 hectares of the pristine southeastern Alberta region with the potential to do incalculable environmental damage went for $66,562.62 to a couple of Australian coal mining corporations that want to haul away steel-making coal from an open-pit mine.

The previous May, on the Friday before a long weekend and without any public consultation, the government removed a strict prohibition on coal mining on the Eastern Slopes that had been put in place by the Progressive Conservative Government of premier Peter Lougheed in 1976.

When the lease auction was revealed, the reaction was fierce. More than 100,000 Albertans lent their signatures to petitions opposing the plan to use open pit mining to remove a fossil fuel that has a diminishing market and the potential to leach poisons into drinking water supplies in Canada and the United States.

Facing the uproar, the government scrambled to give the impression it was backing off.

On Jan. 18, 2021, Ms. Savage issued a statement saying, “We have listened carefully to the concerns raised in recent days, and thank those who spoke up with passion,” and promising that “we will pause future coal lease sales in former Category 2 lands.” (Emphasis added.)

Coal leases from the December 2020 auction were cancelled.

“This pause will provide our government with the opportunity to ensure that the interests of Albertans, as owners of mineral resources, are protected,” Ms. Savage said.

The committee, described by the government as independent, was struck to consult with the public on how coal development should be managed. It was supposed to report by Nov. 15.

The committee’s mandate was limited only to matters related to coal under the administration of the energy minister.

In her January announcement, Ms. Savage tipped her hand to where the government hoped to go with the scheme when she added: “Coal development remains an important part of the Western Canadian economy, especially in rural communities, but we are committed to demonstrating that it will only be developed responsibly under Alberta’s modern regulatory standards and processes.”

Marlin Schmidt, the Opposition NDP’s environment critic, responded yesterday to Ms. Savage with a call for the government to release the report immediately.

“Enough obstruction,” he said. “Albertans have made it very clear that they do not want coal mining in our most precious landscapes. Experts have made it very clear that coal mining in the Eastern Slopes would damage our watersheds and would cost the province more than it would benefit. … There is zero reason to hold this report hostage from Albertans.”

Five years ago today, Alison Redford was sworn in as premier of Alberta … and the wheels fell off the Tory bus