But is there enough trouble to unseat Alberta’s suddenly unpopular premier?

There’s certainly plenty of buzz about that on social media these days. The chitchat about Premier Jason Kenney’s difficulties with his own United Conservative Party Caucus, especially the rebellious former Wildrosers in the ranks, is almost deafening.

You have to know something’s actually up when both progressive political blogger Dave Cournoyer and conservative Postmedia political columnist Rick Bell are saying the same thing!

Half a dozen UCP MLAs, predictably dubbed the “Six Pack,” have publicly complained about the government’s approach to COVID-19 restrictions, which they’d like to see completely lifted Texas-style, and shamed the premier for his uninformative approach to communication with his own caucus members.

Starting with the public rebellion by MLAs Todd Loewen, Central Peace-Notley, Drew Barnes, Cypress-Medicine Hat, Angela Pitt, Airdrie, Ron Orr, Lacombe-Ponoka, Michaela Glasgo, Brooks-Medicine Hat, and David Hanson, Bonnyville-Cold Lake-St. Paul, Mr. Cournoyer went on to say he’s been told “there may be another 10 to 20 UCP backbenchers who are supportive of the six-pack but haven’t said so publicly.”

A number of them, he added, “are agitating for a leadership review to happen before the 2023 election.”

Mr. Bell, until recently one of the media’s most enthusiastic Kenney boosters, made the same point, in his characteristic staccato style: “Others may join this Six Pack. There are more than just six UCP politicians who have a beef with what’s going down.”

Even Brian Jean, the former Wildrose Party leader who lost the contest to lead the UCP to Mr. Kenney in 2017, amid dark and still unresolved talk of Kamikaze candidates and shady electoral shenanigans, has been writing op-eds and social media posts as if he thought there might be a chance he could regain his stolen crown.

All this has led to predictions Premier Kenney will soon be skidded by his caucus.

Such a thing, it must be conceded, isn’t unheard of in Alberta politics.

Conservative premiers who have worn out their welcome with their own MLAs have been given a gentle shove, as Ralph Klein was in 2006, or made to walk the plank immediately, as was Alison Redford, starting on the Ides of March 2014 and ending with her departure from office eight days later on March 23.

The splash Ms. Redford made when she went over the side still reverberates around Alberta’s small political pond.

So why not Jason Kenney too?

Well, I don’t want to be a party pooper, but there are reasons to think this is unlikely.

Mr. Kenney may not be the most likeable premier in Alberta history. He may even be the most unlikeable Alberta premier in recent memory. But, as his campaign’s conduct in the 2017 leadership contest with the hapless Mr. Jean suggests, he is more ruthless than anyone we have seen in the Premier’s Office for a long time.

Former Conservative premier Alison Redford a few days before she was fired by her own caucus in March 2014 (Photo: David J. Climenhaga).

And you don’t have to be personally popular to succeed in Canadian politics.

The last thing Mr. Kenney wants is another division on the right that could open the doors to the return of Rachel Notley as NDP premier, and if what it takes to prevent that is a strategic if risky move even farther to the right, unpopular as that might be with many urban Albertans, he’ll risk it.

If the Six Pack won’t settle down, Mr. Kenney can do what Mr. Klein did to sweeten the “Deep Six,” the group of backbenchers who tried to push him to make even deeper cuts in the early Nineties. To wit: Bring most of them into cabinet on the principle you should keep your friends close and your enemies closer.

One of those Deep Sixers, Ed Stelmach, went on to be premier, and a premier as it turned out who was prepared to spend quite generously in office.

It’s said here that only if former prime minister Stephen Harper decides Mr. Kenney has to go will Mr. Kenney be in trouble.

And so far we’ve heard nothing at all from the glowering éminence grise of the UCP government, who does whatever he does in Alberta when he’s not running the neoliberal internationale in Munich.

Women’s employment rates in Alberta return to levels not seen since the Eighties – the reaction? Crickets

ASIRT won’t do to investigate Lethbridge Police spying on NDP MLA; a judicial inquiry is required 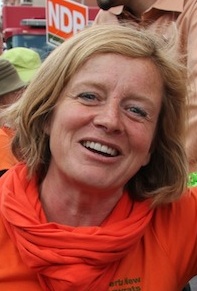 27 Comments to: Yes, there’s trouble in Kenneyland – but not yet the kind Alberta’s unlikable Conservative premier can’t survive