VICTORIA — When I was growing up here in Lotusland, British Columbia had the reputation of being the Crazytown of Canadian politics.

The late Allan Fotheringham, the Vancouver Sun columnist we all read religiously, famously summed up Canadian politics like this: “In the Maritimes, politics is a disease; in Quebec a religion; in Ontario a business; on the Prairies a protest; and in British Columbia an entertainment.”

Dr. Foth’s assessment was shrewd enough, then and now, but nowadays the politics on the western edge of the Prairies, though still saturated with protest, is edging ever further into the entertainment zone — at least if you don’t happen to have the misfortune to live where the crazy stuff being done by Jason Kenney’s United Conservative Party has a direct impact on the quality of your life.

When I got up yesterday morning and looked at Twitter, everyone back home was talking about how Alberta’s newly appointed justice minister, the astonishing Kaycee Madu, was telling municipalities that if they dare to defund the police, why, he’d cut their police budgets!

With Premier John Horgan’s steady hand on the tiller, even with a pandemic and the narrowest of minority government’s possible, British Columbia seems like the sanest of political jurisdictions compared to the Prairie fire next door.

I mean, seriously, it’d be very hard to make stuff like this up. Naturally, defund-the-police advocates of my acquaintance were soon gleefully chanting, “Go for it, Kaycee!”

Meanwhile, all Canadian provinces — including British Columbia — are in too much of a hurry to have schools fully reopen in the face of the global pandemic, and they’re all facing the challenge of controlling the resurgent second wave of COVID-19 that’s building even before the weather turns cold and we’re trapped indoors with the windows closed.

But in Alberta, we’re proudly doing it on the cheap.

There’s no way we’ll be adopting anything like the Alberta NDP’s proposal to reduce class sizes to 15 students each for the duration. That, said Premier Kenney, apparently horrified, “would require opening 13,000 new classes, building 800 new schools, training and certifying 13,000 new teachers at an estimated cost of $4 billion.”

We’ve already given approximately that much away in tax breaks to big corporations, and we’re committed to handing another $7.5 billion just to TC Energy Corp. to keep building a pipeline through Montana that Joe Biden has promised to unplug on the minute he’s elected president.

Mr. Kenney, by the way, claims this risky investment will create 1,400 direct jobs and another 5,400 indirect ones. That makes the NDP plan look like a much better bargain. For a slightly smaller expenditure, you’d get 13,000 direct jobs and, according to the premier’s arithmetic, nearly 40,000 spin-offs.

Well, forget about it. In Alberta we only give that kind of money to fossil fuel companies.

There’s another reason too, of course. Mr. Kenney would very much like to weaken the public school system and bust the teachers’ union. Hiring lots of new teachers — even if 13,000 is a bit of an exaggeration — is not going to help Mr. Kenney’s plan to give us more expensive new educational “choices” like the school once operated by his dear old dad.

What if the parents of Alberta’s schoolkids realized their children were getting a better education in those smaller classes, in addition to being safer? Quelle Horreur! That could be the end of the premier’s masterplan to drive families away from public schools, justifying further defunding.

Now that, presumably, is the kind of defunding the UCP could really go for, Mr. Madu’s strange commentary notwithstanding.

It’s very hard to argue Alberta hasn’t taken on the role of home to Canada’s most bizarre political spectacle. With the NDP in office, the only thing crazy about British Columbia is the real estate market — something Alberta is never going to have to worry about as long as the UCP is managing the economy.

Even Ontario’s Conservative Premier Doug Ford has stopped completing Mr. Kenney’s sentences and started acting like a grownup instead. Well, some politicians grow in office, others don’t.

To return to the observations of Allan Fotheringham, who died last month at 87, he once compared Conservatives to cream: “Rich, thick and full of clots.”

That seems like a pretty good assessment of our Alberta variety.

A victory for Canadian public health care in B.C.

I imagine there was wailing and gnashing of teeth in the privacy of the premier’s and health minister’s offices in Edmonton yesterday as the news broke that the B.C. Supreme Court had dismissed Dr. Brian Day’s argument rich patients have a constitutional right to jump to the front of the line for heath care. 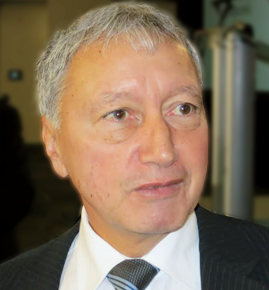 A victory by Dr. Day, owner of Cambie Surgeries Corp., the private Vancouver clinic the Kenney Government had hoped to use as a model for the privatized delivery of health care in Alberta, could well have been the beginning of the end of public health care in Canada.

Alert readers will recall that during the last Alberta provincial election, the premier spoke fondly of the 2005 Chaoulli Decision in Quebec, which pushed the Quebec government toward more privatization as a response to long waiting times for some medical procedures. For his part, Dr. Day endorsed Mr. Kenney’s platform. You can count on it that a decision in favour of Dr. Day would have supercharged the UCP’s plans.

That will now be harder to do — and it may make the federal government bolder about defending the Canada Health Act.

The fight isn’t over of course. Dr. Day will appeal the B.C. decision to the Supreme Court, and despite the definitive nature of yesterday’s ruling, the Supremes may well want to hear the case. Conservatives will also seek other ways — perhaps constitutional change — to realize their dream of destroying Canadian public health care once and for all.

Still, supporters of public health care are right to be buoyed by yesterday’s ruling, as long as they realize advocates of marketized health care are just like rust — they never stop their destructive work.

As regular readers will have noticed, AlbertaPolitics.ca has fallen very silent of late. This is a sad time for me. I am in Victoria doing the necessary tasks associated with the unexpected death of my beloved older sister, Joan Millar.

My sister was a social worker, a principled social activist inspired by her Christian principles, and a committed ally of Canada’s Indigenous people. During her long career she worked mostly for the B.C. Public Service, but also for the ’Namgis First Nation in Alert Bay, where her husband Garth Millar served for several years as priest of the Anglican parish.

Joan was one of this blog’s most acute readers. I will miss her frequent emails pointing out a range of problems from logical inconsistencies to garden variety typographical errors. She was 75.

It will be a couple more weeks before this blog returns to its normal daily publication schedule.

Alison’s Albertan airplanes and architecture: Who knew? No one, it turns out!

Sure you can run in my riding! With friends like Neil Brown, does Jim Prentice need enemies?