Home / Canadian Politics / Yesterday’s floor crossing won’t make much difference, but at least the Tories are getting their drama lessons

Aurora-Oak Ridges-Richmond Hill MP Leona Alleslev in Liberal red not so long ago in her Toronto-area riding (Photo: Her now-defunct Liberal web page).

One way or another, as of yesterday at least 143 politicians have crossed the floor of the House of Commons or a Canadian legislature since Confederation.

If you can’t name any or many of them offhand, there’s a good reason. A successful floor crossing usually generates a bit of excitement for a day or two but doesn’t have much impact in the long run.

Still, Aurora-Oak Ridges-Richmond Hill MP Leona Alleslev’s defection yesterday from the Liberal to the Conservative benches of the House of Commons after rising on a point of privilege had to be among the most dramatic of the lot.

This shows that while the Conservatives have spent a lot of time vilifying Justin Trudeau for having worked as a drama teacher instead of a weightier profession such as mailroom clerk at dad’s oil company or chief operative of an Astro-Turf political lobby, they have learned something from the prime minister after all.

This wasn’t what many of us had in mind when we called for more support for the arts, but it was entertaining nevertheless. So, bravo, Ms. Alleslev! Enjoy the cheers and the roses from the Conservative benches. You may get re-elected, but history will soon forget you just the same.

Since she moved from left to right both politically and across the floor of the House if you happen to be facing the Speaker, Ms. Alleslev will certainly have to put up with far less abuse than had she gone in the other direction.

A screen shot of Ms. Alleslev announcing her departure for the Conservative benches in the House of Commons yesterday.

Anyone who doubts me about this, just give Sandra Jansen a call and ask to look at her social media screenshot collection. Ms. Jansen is the infrastructure minister in NDP Premier Rachel Notley’s cabinet. She is the former Alberta Progressive Conservative leadership candidate who was driven out of the leadership race and the PC Party in 2016 by Jason Kenney’s thuggish operatives, with or without the approval of their chief who is rarely available to comment on such matters.

As an aside, I’m sorry to report that Mr. Kenney won’t be available to comment on the current situation either. He is on vacation in India.

Let us just say that regardless of how much Ms. Alleslev has offended some of her constituents who voted for her to help boost the Trudeau Tide in 2015, she is unlikely to suffer the degree of abuse Ms. Jansen did because people on the left are generally just that much more polite than their counterparts on the right.

Mr. Trudeau himself graciously acknowledged that floor crossing is part of our Parliamentary system, wished Ms. Alleslev well, and was done with it. Nevertheless, I’m sure there will be a few sharpish comments that will be endlessly repeated by right-wing Twitterists to prove that everybody does it, which everybody doesn’t.

Alberta Infrastructure Minister Sandra Jansen, who crossed the floor from the Progressive Conservative Party to the NDP in 2016 (Photo: David J. Climenhaga).

I will also bet you right now that not one single Alberta Conservative who assailed Ms. Jansen for her floor crossing will have anything bad to say about Ms. Alleslev’s defection. That is just not a hymn the Tory choir ever sings.

Regardless, while this never-before-heard-from MP’s dramatic elopement to the Opposition benches was entertaining, it does not seem much like a principled action, notwithstanding her expressions yesterday of dissatisfaction with Mr. Trudeau’s leadership. She was unlikely to be re-elected in her Conservative-leaning riding without a change of allegiance. She won in 2015 thanks to hitching her wagon to Mr. Trudeau’s star … but by less than 3 per cent. Ms. Alleslev’s re-election chances are much improved as a Conservative.

Her chances of being made a minister by Opposition Leader Andrew Scheer in some future Conservative government remain remote, mainly because the possibility of a government led by Mr. Scheer also remains remote. Still, the beneficiaries of a floor crossing seldom trust the floor crosser much more than the victims do. (In that, Ms. Jansen may be a rare exception.)

Even Winston Churchill, who famously crossed the floor of the House of Commons in London twice, had to spend a decade and a half in political purgatory before becoming Britain’s wartime prime minister in 1940.

Winston S. Churchill crossing a street, rather as he did the floor of the House of Commons in London, twice (Photo: The Churchill Project).

He crossed from the Conservatives to the Liberals in 1904 on a genuine point of principle, his traditional Tory opposition to tariffs, on which his party was backsliding at the time. (Hostile to socialism, Mr. Churchill nevertheless also supported rights for trade unions and more open immigration. One wonders what he would have made of President Donald Trump?)

He crossed the floor again, back to the Conservatives although not from the Liberals (it’s complicated) in 1925. As he commented sardonically at the time – something for Ms. Alleslev to contemplate now that she has made her Parliamentary bed and must lie in it – “anyone can rat, but it takes a certain ingenuity to re-rat.”

It has been suggested Mr. Churchill might have become prime minister sooner – and perhaps even nipped that Hitler problem in the bud – had it not been for the distrust created by his twin floor crossings.

Well, whatever. I don’t think we’ll ever have to worry about a Prime Minister Alleslev. More likely her career trajectory will be like most of those of other Canadian floor crossers.

Crossing the floor is not a good strategy for achieving acclaim. Unlike murdering someone – which, as far as I know only one Canadian legislative floor crosser has ever been found guilty of doing – it is not much good for gaining notoriety either. That’s mainly because it’s likely to have so little impact on the trajectory of history.

NOTE: My colleague Dave Cournoyer, author of the excellent Daveberta.ca blog, has informed me there are several Alberta floor crossers whose names are not incuded in the Wikipedia list. It is possible there are some from other provinces as well. Accordingly, I have amended the opening paragraph of this post to read “at least” 143. DJC

Thank you, Doug Ford, for making it clear our Constitution isn’t worth the paper it’s written on!

Conservatives would have fought harder to protect Canadian dairy farmers? Don’t believe it!

What possessed a prominent social conservative lawyer to hire a private investigator to follow a judge around?

Reassessing NATO: Canada shouldn’t let itself be ‘Article Fived’ into a war by Turkey’s Islamist president

Stephen Harper and Preston Manning, joined at the hip by history and not particularly liking it, make changes 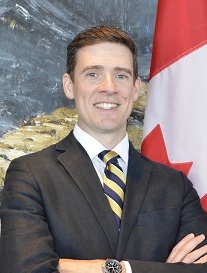 9 Comments to: Yesterday’s floor crossing won’t make much difference, but at least the Tories are getting their drama lessons