Home / Canadian Politics / What’s the appropriate response to Riyadh’s diplomatic hysterics? How about reopening our embassy in Tehran?

Is there an appropriate response by Canada to the bizarre events of the last few hours on the diplomatic circuit?

It’s not just that Canada’s ambassador has been kicked out of Saudi Arabia for Tweets by Canadian Foreign Affairs Minister Chrystia Freeland and an official in her department that by no reasonable standard amount to interference in Saudi Arabia’s internal affairs, as the feudal theocratic kingdom’s Foreign Ministry claims.

Conveniently, it turns out, Ambassador Dennis Horak was already out of the country on vacation – since no one in their right mind would holiday in Saudi Arabia. So, it’s not like he’s going to have keep driving till he finds a motel vacancy or buy a new toothbrush. The Saudi ambassador to Canada was also on holiday when he got orders to come home, but he got the worse deal. Ottawa may not be one of the fleshpots of the planet, but it sure beats Riyadh!

However, as the New York Times pointed out in an editorial yesterday, Saudi Arabia’s “ugly spat” with Canada has real consequences – freezing all new business with a country “which counts Saudi Arabia as its second-largest export market in the Middle East” and supposedly planning to pull 12,000 students from Canadian universities. (University starts in less than a month. Many of those students are medical residents. We’ll see how that works out.)

The New York Times suggested Saudi Crown Prince Mohammed bin Salman was doing “the kind of thing that backward, insecure despots often do” when faced with criticism – and this is a surprise, why? It also hinted, however, that he may have gotten a nod of approval from another insecure authoritarian leader, the one in the White House.

And – who knows? – since Canada in reality buys very little “dictator oil” from Saudi Arabia, perhaps taking an unjustified smack at our country was a low-risk way for the Saudis to try to get other Western nations to fall into line and stop pointing out the obvious, that Saudi Arabia is a dictatorial theocratic hellhole.

Not mentioned by the Times was the supposedly officially authorized Saudi infographic with a picture of an Air Canada Airbus heading for the CN Tower, suggesting we might be in store for a 911-style attack if we don’t watch our step.

This almost seemed like a backhanded admission that Saudi Arabia supplied more than personnel to the 911 attacks on the United States in 2001. It certainly got disappeared fast enough, and the guy who posted it is probably in deep doo-doo. The Saudis have since cancelled all flights between the two countries, just to be on the safe side, I suppose, since they obviously don’t have a very good grasp of how Canadians think.

As an aside, I imagine there were some diplomatically un-Tweeted snickers of amusement at Canada’s expense in the huge Stalinist Gothic Foreign Ministry Building in Moscow, seeing as last April we kicked the press secretary of the Russian Embassy in Ottawa out of Canada on very similar grounds after he posted Tweets critical of Ms. Freeland.

The late Ken Taylor, Canada’s ambassador to Iran in 1979.

While the mass expulsions of Russian diplomats by NATO countries were supposedly about the attempted murder of a Russian defector in Britain by persons unknown, Prime Minister Justin Trudeau told reporters at the time that someone in Russia’s Ottawa embassy “used their diplomatic status to undermine Canada’s security or interfere in our democracy.” He didn’t actually name First Secretary Kirill Kalinin, the only possible suspect for that particular accusation.

“We all can remember the efforts by Russian propagandists to discredit our minister of foreign affairs in various ways through social media and by sharing scurrilous stories about her,” the prime minister said.

So, if nothing else, the second-rate Saudi social media campaign in this kerfuffle suggests that, as with hockey, the Russians remain the acknowledged best in the world when it comes to playing Twitter bots.

My guess is that Canadian diplomats will advise the Trudeau Government to respond to the Saudi sanctions as the Russians responded to those by Canada – with a brisk statement of disagreement followed by steely silence. Presumably the remaining Russian Embassy staff in Canada got right back to doing whatever they were doing before Mr. Kalinin was put on the plane to Moscow, where he now resides. Whoever handles their social media accounts now certainly doesn’t do as good a job as he did.

Steely silence is probably sound advice, at least if one assumes diplomacy ought not to be practiced solely as an extension of domestic politics – as it clearly is now in the United States, apparently in shaky Saudi Arabia too, and was in Canada during the Harper years.

Canada should of course continue to support the human rights activists persecuted by the repugnant feudal Saudi regime, as Ms. Freeland has pledged to do, although I don’t suppose anything we have to say will have much impact on the Saudi regime, or even on our timorous allies who have been as quiet as house mice about this.

But why not use this opportunity to deliver a proportionate, appropriate retort to the Kingdom’s Foreign Ministry – a message they will certainly understand without having it explained to them – and at the same time quietly set right a foolish and dangerous policy of the Harper Government? 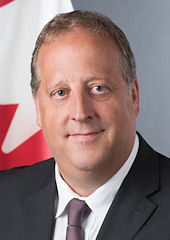 “Iran is among the world’s worst violators of human rights,” Foreign Affairs Minister John Baird said at the time. “It shelters and materially supports terrorist groups.” The same can certainly be said of Saudi Arabia, which has us in a full-blown swivet now at the possibility of losing a couple of billion for armoured cars we never should have sold them in the first place.

Closing the Canadian Embassy in Iran was dangerous because it’s unwise to stop talking to foreign governments because you disagree with their policies. It was misguided, because it wasn’t done for sound reasons, but to influence domestic politics and please other countries that don’t necessarily have Canadians’ interests at heart, as subsequent events keep proving.

Ken Taylor, the late Canadian ambassador in Tehran during the 1979 Islamic revolution who helped smuggle American embassy staff out of the country, diplomatically expressed his disapproval of the Harper Government’s decision at the time, suggesting that when everything else fails, diplomats on the ground in a foreign capital can still gather intelligence for their country. Not to mention help their citizens who get in trouble there.

We never should have closed the embassy in the ancient capital of the Saudis’ regional and theological rival. This error has never been set right because Mr. Harper prepared the political ground in Canada to score points if anyone dared to try.

Thanks to Saudi Arabia, our government has a chance to do the right thing. What could the Friends of Saudi Arabia, otherwise known as the Conservative Party of Canada and its media auxiliary, say, after all?

U.S. and Canadian right-wing politicians march in lockstep as they dismiss facts as conspiracy, disagreement as criminality

Liberals could have helped themselves and helped Canadians by going for full national pharmacare now, but … nope!

9 Comments to: What’s the appropriate response to Riyadh’s diplomatic hysterics? How about reopening our embassy in Tehran?