“It’s my belief that history is a wheel. ‘Inconstancy is my very essence,’ says the wheel. Rise up on my spokes if you like, but don’t complain when you’re cast back down into the depths. Good times pass away, but then so do the bad. Mutability is our tragedy, but it’s also our hope. The worst of time, like the best, are always passing away.” – Boethius, The Constellation of Philosophy, AD 524

The idea found him, while he sat in the House of Commons. 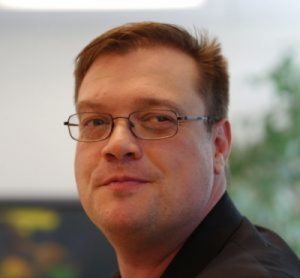 He had been sent there, originally, by constituents who wanted a hard-core conservative MP to represent them. Born of the Reform Party, he had left his western home to in the 1990s to shake up Ottawa.

But while he sat in Ottawa, he felt the problem was far greater back home.

Socialism, a set of values that he abhorred, was the dominant approach to governance in his home province. He feared it would remain so, for many years to come.

Those that opposed socialism in his home province were divided into two camps. He envisioned a dystopia, where the socialists would keep defeating these divided camps for an eternity.

He returned home to join those opposed to socialism and call for unity. In this, he and his like-minded allies succeeded with ease.

Furthermore, this new cadre of opponents of socialism chose to advocate for strong conservative values. This prompted him to seek to lead this group, this new united party, even though he had come from Ottawa, and had never sat in the provincial legislature.

In this, he was again successful. And while the socialists sought to smear him by association with disgraced predecessors, his followers eagerly anticipated an inevitable victory.

Gentle reader, you may think you’re reviewing the recent history of Jason Kenney. And you would be wrong.

This is the story of Elwin Hermanson, and the province was Saskatchewan. The time was the late 1990s.

As a former Reform MP, Mr. Hermanson would take his new party to election twice. He would lose to the NDP twice, under Roy Romanow and Lorne Calvert, albeit narrowly on both occasions.

In spite of his conservative credentials, he would be deemed as too extreme, too dangerous to the province, and would be forced in 2004 to give way to someone perceived as more moderate, more centrist.

And that was his end.

This endeth the lesson. John Ashton is a former NDP Caucus director. In case you’re thinking of calling or emailing, don’t bother. AlbertaPolitics.ca only publishes guest posts by people the proprietor knows and respects, and sometimes not even then. DJC

Desperation anyone? The clock runs out on Brian Jean’s campaign to lead the UCP

AHS to Pincher Creek docs: We made a mistake, we gave it to you, now we won’t take it back … and you can’t quit!

4 Comments to: Guest Post: Tales from the annals of inevitable right-wing political victories in Western Canada