The revelation that the moderate and thoughtful energy policy proposed by the late Jim Prentice soon after he left politics in 2015 was very similar to Premier Rachel Notley’s is likely to help the NDP’s re-election chances in 2019.

Mr. Prentice, of course, was the last Progressive Conservative premier of Alberta, who decisively lost the general election to Ms. Notley’s NDP on May 5, 2015.

He immediately and rather precipitously retired from politics, but he put his time afterward to good use writing a book about energy policy in Alberta and Canada – a project that was almost complete when he was killed in an airplane crash in the British Columbia Interior on the night of Oct. 13, 2016.

The book’s co-author, Jean-Sébastian Rioux, a University of Calgary professor who was once an aide to Mr. Prentice during his career as a Calgary MP and Conservative cabinet minister, has completed the work. Triple Crown: Winning Canada’s Energy Future is about to be published by Harper Collins. 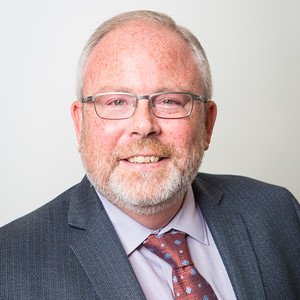 “Prentice’s arguments are striking not only in their closeness to those of Notley and Prime Minister Justin Trudeau, but also in how far they diverge from the orthodoxy of today’s Conservative Party, where Michael Chong is the clan’s black sheep for daring to advocate a price on carbon,” Mr. Markusoff wrote.

Mr. Markusoff quotes Mr. Prentice’s argument that if Canada won’t commit to serious coastal protection measures as demanded by so many people in British Columbia, “then we shouldn’t be shipping oil at all.” The late Conservative premier also advocated that Alberta help bear the costs of protecting the West Coast and include Canada’s Indigenous peoples as full partners in our national energy policy.

In the coming Alberta election, it is likely to be made clear to Alberta voters by both sides that the energy policy advocated and implemented by Ms. Notley’s NDP, working with Mr. Trudeau’s federal government, would be cast into the trashcan by Mr. Kenney as premier, with Mr. Harper pulling the strings.

If by some unlikely turn of events Mr. Kenney fails to triumph in the post-leadership-vote fight with Wildrose Leader Brian Jean to control the province’s conservative movement, it will be no different.

The conventional wisdom, which in this case is likely correct, is that the next Alberta election will be a fight for the hearts and minds of voters who inhabit the middle ground of Alberta politics.

This is especially true in Calgary, which will be the key to a second NDP term if there is to be one. The NDP has a strong chance to hold Edmonton and the province’s slowly depopulating rural ridings will likely vote for whatever right-wing option is most extreme.

So, while Alberta’s right-wing online rage machine will claim the opposite, it certainly won’t hurt the NDP for centrist small-c conservative voters to know Ms. Notley’s energy policies are far closer to the last Progressive Conservative Premier of Alberta than either Mr. Kenney’s or Mr. Jean’s are likely to be.

This is true whether or not Donald Trump is still the president of the United States and whether or not the Keystone XL Pipeline remains on track when the Alberta provincial election rolls around, likely in 2019.

Canada’s Conservative Party, a once-great national organization, is being overwhelmed by its own extremists

Are non-Albertans who FRWN on progress behind many of the online threats against Premier Rachel Notley?

Are moderate Alberta conservatives likely to find themselves waking up to a Wildrose nightmare?

With friends like these… How much did gun lovers’ aid hurt Rob Anders’ candidacy?

A picture of Tories gone gray: How much will Albertans spend on oil portraits of Alison Redford and Dave Hancock?

14 Comments to: It won’t hurt NDP for centrist voters to understand how close Rachel Notley’s energy policy is to Jim Prentice’s proposals