PHOTOS: Stop the presses! … I mean the losses! Put me through to the red ink department … I mean the tax department … Actual Canadian newspaper owners may not be as committed to jobs as the sign on the press suggests. Below: Edward Greenspon of the Public Policy Forum and late of the Globe and Mail, and the late Tom Kent, who tried to save the Canadian newspaper industry.

What’s black and white and red all over? The Canadian newspaper industry’s balance sheets.

But as has been said here many times before, no industry had more warning of the extent and nature of the coming digital revolution than the Canadian newspaper industry, and it has turned the wrong direction at every step along the way to its current disastrous destination. 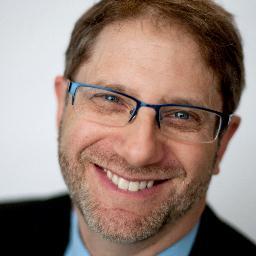 But that doesn’t mean these newspapers’ well-heeled owners won’t demand tax-supported subsidies to support their badly run businesses if they’re given any encouragement – which is exactly what the government of Prime Minister Justin Trudeau seems to have been doing.

So it should come as no surprise to anyone that, earlier today, the Public Policy Forum’s heavily touted report on the future of journalism and democracy included a call for Canadian taxpayers to give $400-million a year to, as the Globe and Mail put it, “news organizations that can no longer afford to fulfill their civic duties.”

Framing the work done nowadays by newspapers as essential to democracy is a tendentious way to describe an industry that hasn’t fulfilled its civic duty for 20 years or more, and whose financial troubles are mostly the result of serial mismanagement and epochal disruptive technological change that isn’t ever going to go away.

As for those of us who, on our own or as part of co-ops or corporations, have managed the shift to the digital way of doing business quite nicely, the mainstream media in general and the newspaper industry in particular want our taxes to help them compete against us.

This way they can continue, I guess, to mismanage their properties, treat their employees like digital serfs, pay senior managers huge bonuses and continue to publish market-fundamentalist drivel and very little else without even a tip o’ the reporter’s fedora to the irony of the situation.

The proposed changes would “free up” $300 to $400 million, Mr. Greenspon told his former employer’s reporter, to be dedicated to a “Journalism and Democracy Fund,” that would presumably be administered by a group of industry executives in a way that ensured the cash made it into the right hands, in every sense of the word.

Interestingly, the think tank specifically opposed a tax credit that could be used by any new media operation, a reversion to the venerable industry tradition of keeping new competitors out of the game.

The Globe said the Trudeau Government has refused to comment on what it makes of the ideas in the report, but weeks of rumours have suggested Ottawa is already halfway on board.

In return, newspaper owners will presumably promise to deliver just a little bit more than their current formula of crime, crime, more crime and anti-NDP propaganda provided free by the shills at the Fraser Institute and its multitudinous market-fundamentalist imitators. However, don’t count on any of that ever actually happening.

Back in 1981, when newspapers still made a contribution to democracy and Canadians who paid attention were worried about concentration of media ownership, Tom Kent and his Royal Commission on Newspapers made a number of recommendations that ironically might have kept the industry viable when the Internet came along.

These included legislated tax breaks for local content, tight rules for ownership to ensure papers remained in local hands, and mechanisms to guarantee communities had a stake in the operations of their local media.

Earlier, in 1970, a special committee headed by Senator Keith Davey had made similar recommendations designed to prevent concentration of media ownership, which were likewise mostly ignored.

Newspaper owners, who imagined the gravy train would never end, wanted none of it. But now that they are reaping what they sowed, newspaper owners want taxpayers to do the heavy lifting for them.

How heavy? Debt-ridden Postmedia Network Canada Corp.’s latest financial results, for example, show that print advertising revenues continue to plummet while the needle has barely moved on digital ad revenue, suggesting they’re not much better at their imagined new business than they were at their mismanaged old one.

Speaking of the changing media scene, Edmonton-based lobbyist firm Impact Consulting Inc. has purchased the venerable subscription-only legislative newsletter run for 20 years by journalist Jim Armet. They are expected to relaunch the modest publication tomorrow morning with an emphasis on hard news about the government available from public sources. The Armet Report will become the Impact Report.

Not so long ago, Impact was trying a different approach to dipping its corporate toe in Alberta’s tepid media waters. But an earlier version emphasizing analysis of the often-opaque goings on under the dome of the provincial Legislature was apparently a flop with the company’s clients.

Alberta’s right doubtless dismayed as The Economist boots the U.S.A. off its list of ‘full democracies’

Is the huge gap in COVID-19 cases between Edmonton and Calgary bad luck or bad management?

I come to bury Castro, not to praise him: unpacking conservative fury at PM Justin Trudeau’s condolences

Changes are coming to AlbertaPolitics.ca – don’t panic if it looks different or new copy fails to appear for a few days