The slogan for the Alberta Liberal leadership race – which will run from today until March 31 – is definitely better than anything the Alberta Progressive Conservatives have come up for their effort to replace their interim Leader, Ric McIver, which alert readers will recall is also under way.

As an aside, it must be noted that the governing New Democratic Party does not have a leadership race under way at the moment, seeing as its leader, Premier Rachel Notley, cannot be accused of having botched the last Alberta provincial election on May 5, 2015.

Nor does the Opposition Wildrose Party, although a substantial number of Wildrose members seem to be preoccupied with figuring out how to get rid of Leader Brian Jean.

Regardless, getting back to the point, the Liberal slogan is as follows: “Our Alberta. Your Choice.”

This makes it the opposite of what, it is said here, the Tories are really thinking, to wit: “Your Alberta. Our Choice.” The PC race is scheduled to end with the elevation of candidate Jason Kenney to the leadership on the first ballot on March 18. There are three other candidates in the Tory race, whose names all escape me at the moment. 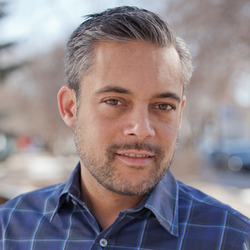 In the aftermath of the Liberals’ disastrous last leader – Raj Sherman, who was chosen back in 2011 – the party has only one member in the provincial Legislature, Dr. Swann, who often sounds a lot like a New Democrat.

But to give the Liberals credit, party President Karen Sevcik tacitly acknowledged the reality of the party’s recent lack of success in the press release, noting that the party’s plan is to “choose a Leader with the skills and vision necessary to deliver our message to Albertans.”

No one says that will be easy. But no one should completely discount this, either. If Alberta voters have proved anything in the past couple of years, it is that they are not all conservatives and their mood is highly volatile.

The Liberal news release did not name any candidates or possible candidates, although it indicated applications will start being processed at once, and candidates will therefore be named soon.

The PC leadership race, meanwhile, seems to have taken a nasty turn.

On Sunday, as your blogger travelled to our nation’s capital for business unrelated to this blog, party organizer Alan Hallman, a volunteer on Mr. Kenney’s campaign, was expelled from the party for Tweeting that other PC supporters were “assholes.”

I apologize to readers for using this rough word, by the way. But as I used to tell my journalism students: “If it’s news, you should spell it out. If it isn’t, don’t use it.” Having painted myself into that corner years ago, I had no choice in the event but to spell the word correctly.

Regardless, Mr. Hallman has now been tossed out of the party for a year and has deleted his Twitter account.

For his part, Mr. Kenney first defended Mr. Hallman – as well he should have, having called former PC deputy premier Thomas Lukaszuk exactly the same thing in an email back in 2012 and then hitting the reply-all button – and a little later fired him from his campaign.

I was only joshing readers, by the way, when I said I couldn’t recall the other three PC candidates. They are Vermilion-Lloydminister MLA MLA Richard Starke, former St. Albert MLA Stephen Khan and Calgary lawyer Byron Nelson.

All of them appear to be dedicated to preserving the progressive in Progressive Conservative, and therefore they have the moneybags of the provincial conservative movement ranged against them. This is why I am so confident Mr. Kenney, a former cabinet minister and confidant of former prime minister Stephen Harper, will promptly win the PC contest.

The winner of the race to become new Alberta Liberal leader will be announced in Calgary on June 4. Before that, debates are scheduled to be held in Calgary on April 8 and Edmonton on May 6, followed by online voting from May 27 to June 3.

I copied these numbers in a darned hurry sitting on an uncomfortable chair in a hotel room. Any errors of transcription or rounding are, of course, the fault of the hotel. DJC

It’s been widely rumoured already, including in this space as recently as last night, but St. Albert Mayor Nolan Crouse formally announced early this morning that he’s thinking about seeking the leadership of the Alberta Liberal Party.

Having said he won’t be seeking reelection as mayor of the bedroom suburb northwest of Edmonton, Mr. Crouse said in this morning’s statement, “I have decided it is time to review other potential opportunities to continue serving Albertans beyond the Municipal realm.”

“As such,” he went on, “I intend to explore important options to serve the people of Alberta through provincial politics.”

Specifically, he said, there are the Liberals. “Yesterday … the Alberta Liberal Party announced the start of this new chapter with its intent to choose the party’s next leader in June, replacing Dr. David Swann. The opportunity to serve Albertans in a capacity such as the volunteer Liberal Party leader is one opportunity that I am seriously considering.” (Emphasis added.)

Mr. Crouse, who has served three terms as St. Albert’s mayor, plus an additional term as a city councillor and five years as chair of the Capital Regional Board, said he “will update Albertans in the near future.”

Conservative mismanagement of health care, which we’re about to see return to Alberta, is a feature, not a bug