Home / Alberta Politics / A ‘merger’ between the Alberta Party and the Progressive Conservatives? Unlikely

Don’t bet the farm on a “merger” between the Progressive Conservatives and the Alberta Party as suggested in a rather peculiar recent story in Calgary’s free Metro newspaper.

Metro reported late last week that a merger between the once governing PCs and the still irrelevant Alberta Party is “percolating.” Alas, what their reporter was smelling probably wasn’t coffee, exactly.

Still, the report is interesting, because a trial balloon was obviously being floated by someone for some reason.

The story said the presidents of the two parties wouldn’t be opposed to a merger, and quoted PC Party President Katherine O’Neill saying … “It wasn’t surprising there was part of our membership that said ‘if you’re going to do a merger, it should be with the centre.’ The Alberta Party came out more than others.”

Ummm … OK. That doesn’t sound like a ringing endorsement of a merger with the largely meaningless Alberta Party to me.

Nor did it to Ms. O’Neill, apparently. She Tweeted after the story had appeared: “Disappointed w/ this story.” No, she also economically said in the same Tweet, the PCs are not involved in merger talks with any party.

Well, the PCs are involved in merger negotiations of a sort whether they like it or not – with the Wildrose Party, driven by the PC leadership candidacy of former federal Conservative cabinet minister Jason Kenney, who has big plan for a double reverse hostile takeover of both conservative parties. Since it seems increasingly likely Mr. Kenney will pull off the first stage of his scheme at the PC leadership convention on the first ballot on March 18 in Calgary, that means it’s much less likely the PCs will be part of any fight to occupy the centre of Alberta politics.

So worrying about a party with very few members, only one MLA and no discernible future – even if it does posses an excellent name – just doesn’t sound like anything the PCs are going to be spending much time thinking about in their present straits. And even if they were, they’d be talking about a takeover, not a merger.

Still, one thing the Metro story did get right, after a fashion, was that the centre is likely to be the ground over which Alberta’s next general election will be fought, at least in the province’s two biggest cities.

Meanwhile, Metro’s story quoted Alberta Party President Pat Cochrane denying outright her party is talking with the Tories – nope, they’re talking with the Liberals, Metro reported her saying! My usually reliable Alberta Liberal source says it ain’t so. Later, presumably after a complaint from an Alberta Party official like the one I received, Metro amended the story without acknowledging they had done so to remove the quote.

But this raises the question, if the Metro story’s not completely out to lunch, who in the Alberta Party is talking with the Tories?

My guess is someone in is seeking some sort of a role for the Alberta Party before it slides into complete irrelevance – a development that couldn’t be a good thing for Greg Clark, the party’s leader and sole MLA in the Legislature.

The current version of the Alberta Party was created in 2010, billing itself as some sort of new centrist political phenomenon but always sounding a bit more like a new age religion supported by very nice but rather dreamy people. These folks weren’t all Alberta Liberals, but it’s a fact that a lot of them came out of that party during the pre-Justin Trudeau era when it was the conventional wisdom that Liberals of any sort were finished forever in Alberta.

Calgary Mayor Naheed Nenshi is often mentioned as a supporter from those early days. Of course, if that’s true, Mr. Nenshi likely lost interest the minute he became Cowtown’s chief magistrate in the fall of 2010. That may be a big part of the Alberta Party’s problem ever since.

The party started out with a process it called the Big Listen, a series of kaffeeklatschen in homes across Alberta at which these well meaning folks tried to come up with policy ideas for a whole new way of doing politics.

Alas, good intentions notwithstanding, there are reasons politics is practiced the way it is in Canada, and the result, basically, has been that the Alberta Party never really got on the radar at all beyond a very narrow circle.

In 2012, the Alberta Party ran 38 candidates and elected none of them. It’s had four leaders in its current incarnation – Edwin Erikson, Sue Huff, Glenn Taylor, and Mr. Clark, who was chosen in 2013 with 87 per cent of the vote in a leadership election. That sounds impressive, but the actual number of votes Mr. Clark received tells a different story: 337.

Still, in the 2015 election, he surprised everyone by beating Conservative cabinet minister Gordon Dirks in the Calgary-Elbow riding – the only Alberta Party MLA ever to be elected as an Alberta Party candidate. (Former Calgary MLA Dave Taylor quit the Liberals in a huff, also in 2010, and sat for a short spell as the Alberta Party’s first MLA.)

Despite the Alberta Party being repeatedly billed as a party of the centre, Mr. Clark has sounded in recent months increasingly like just another Tory MLA. This is probably realistic. If he is to have any hope of re-election, he’s going to need to hitch his wagon to a different star, even if it sounds a bit like a Big Flip-Flop.

With the party unlikely to be a player in the next Alberta provincial election circa 2019, being the leader of a caucus of one does not sound like a formula for continued political success. So however this “merger” talk came about, it probably wouldn’t be a bad time for Mr. Clark to wave a Big Goodbye to the Alberta Party.

In other words, he’d be within his rights to consider crossing the floor and joining the PCs. That would restore their battered caucus to nine, where it was before former PC leadership candidate Sandra Jansen, the MLA for Calgary-North West, quit in disgust at the way the Tory Old Boys’ Club treated her and joined the NDP.

It might even give Mr. Clark a chance to get re-elected, since the PC Party’s support belies the small size of its caucus – at least until Mr. Kenney gets ahold of its throat. 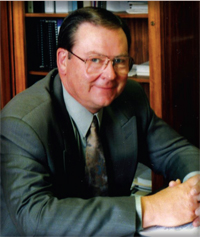 Halvar Jonson, six-term Progressive Conservative MLA for Ponoka-Rimbey and holder of the education, health, environment and intergovernmental affairs portfolios, died on Dec. 2. He was 75.

Mr. Jonson was first elected in 1982 under premier Peter Lougheed and served for 20 years in the PC governments of premiers Don Getty and Ralph Klein. He never had a problem getting re-elected.

A former school principal, he was an exemplar of how things worked in the Tory era in Alberta. In 1976, he was elected president of the Alberta Teachers Association, the provincial teachers’ union, and served one term. Throughout his political career he was a stalwart Conservative. No one saw anything odd in his political and union resume – after all, if you had public policy goals to achieve, there was only one party through which you could achieve them.

Mr. Jonson’s record as Mr. Klein’s education minister during the brutal cuts of the mid-1990s was controversial among teachers, but he continues to be viewed with respect by members of his profession. His ATA biography suggests the cuts for schools would have been much worse had he not held the education portfolio.

Born near Boyle, Alberta, Mr. Jonson attended schools in the area and graduated from the University of Alberta with Bachelors and Masters degrees in education.

Mr. Jonson is survived by his wife, three children, six grandchildren and a sister. A funeral is scheduled Friday at 11 a.m. at St. Mary’s Anglican Church in Ponoka.

They can still feel shame! Conservative leaders duck and cover in wake of Saturday’s disgraceful display

‘Oh, there you go Bradsplaining again!’ Like it or not, Brads from Saskatchewan just can’t control their Bradsplaining

Is there any benefit for Albertans in a criminal prosecution of Alison Redford? Not really

7 Comments to: A ‘merger’ between the Alberta Party and the Progressive Conservatives? Unlikely