It was almost 26 years ago that Ray Speaker, minister of municipal affairs in the Progressive Conservative government of Premier Don Getty, rose in the Legislature in Edmonton in response to a member’s question about a story that had appeared the morning before in the Calgary Herald.

The story had appeared on the front page of the Calgary Herald and said, in effect, that the PC government of the day had robbed Peter to pay Paul to build low-income housing in big cities. Or, more to the point, that it had robbed one group of people in need of a hand up to help another group in a similar situation and then put out a misleading press release implying it was spending new money.

The question in the Legislature was posed by Ed Ewasiuk, New Democrat MLA for Edmonton-Beverly, an aggressive advocate for the rights of the poor and working people.

“Yesterday the minister and his colleagues announced that they’ve finally started initiatives to provide housing in the inner cities,” Mr. Ewasiuk, who died in 2006, said by way of introduction. “Behind the cautious optimism of housing advocates is the serious concern that the commitment to housing is only a shell game. While the minister was able to find $15 million for inner-city housing, he did so by robbing $14 million from the rural and native housing program of his department.” 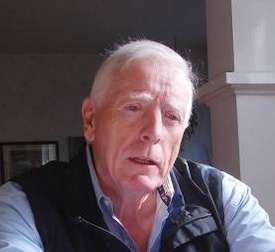 Mr. Ewasiuk concluded by asking: “How can the minister say that social housing is a priority for this government when it has cut from one needy group to help another?”

Mr. Speaker (the minister, that is, not the Speaker of the Legislature) rose to his full height – an impressive sight, as he was not a short man – adjusted the button on his suit coat, and responded, more in sadness than in anger as I recall.

“One or two days ago I raised the fact that often my research in this Legislature when I sat on that side of the House was from the daily papers,” Mr. Speaker said. “Often I found even as a member of the Opposition that that research was based on false information and I was misled in the House. We find that here again today…”

“I want to make it very clear,” he went on after a mild dig at “our learned colleagues that sit in the upper gallery,” a sly suggestion that those who toiled for what was still known in those days as The Press might not be all that learned, “that the article that was written by Mr. David Climenhaga of the Calgary Herald has more than one inaccuracy, and it is my intent to address those by direct letter to the author.”

Mr. Speaker continued at length, but the gist of his answer was that the government had merely drafted a sensible priority list and it was from that list that necessary funding decisions were made. “There was not a loss of the dollars, just a proper priority reallocation, and I think that should be clear in this Legislature,” he concluded. That was pretty much the end of the story.

And what a perfect way to illustrate how those old-time Tories ran the government! When pressed, just say whatever pops into your head, and don’t worry too much about the follow-up. Why bother, this is Alberta, you’re Tories, and no one is likely to catch you.

I mention this because the name of Mr. Speaker, who was a Social Credit MLA for Little Bow before he represented the same riding as a Tory and later was a Reform Party MP for Lethbridge, cropped up on a list yesterday of 50 former PC MLAs who have pledged their votes to Jason Kenney in next spring’s leadership vote in Calgary. Mr. Speaker will be 81 next month.

In addition to other former high-profile cabinet ministers like Steve West, the man handed the job of dismantling public services by premier Ralph Klein, and market fundamentalist ideologue Ted Morton, the worst premier Alberta never had, others on the list included an MLA accused of taking a bribe, another forced to repay the cost of taking a relative on a government-paid trip abroad, another accused of vandalizing his own election signs, one accused of not paying his taxes, and many fine public servants who sat in flawless silence deep in the Tory back benches.

My thought about these old fellows was much the same as that of former deputy premier Thomas Lukaszuk, who told the CBC: “I’m finding it very surprising that Jason Kenney would be using those individuals as his main backers and flaunting them. Those are the kind of individuals that, in 2016, you should be hiding as your backers and not being proud of.”

“You could never be conservative enough for those individuals,” Mr. Lukaszuk added. “Later on they became the first supporters of the Wildrose.”

But that may not matter much to Mr. Kenney. What matters is that because they are former MLAs, they can vote, and their votes may be enough to push him to the first-ballot victory he needs for his plan to turn Alberta hard to the right.

As for that letter from Mr. Speaker, maybe it was sent, and just got lost in the mail for a quarter century. Maybe.

If it shows up, of course, and I stand corrected, I will print a retraction on behalf of the Herald right here on AlbertaPolitics.ca. And that’s a PC promise!

Meanwhile, a day of ironic and depressing juxtapositions

Yesterday was a day of ironic and not very happy juxtapositions.

In yesterday’s post, I commented on Sandra Jansen’s passionate member’s statement to the Alberta Legislature Tuesday quoting and shaming the hateful comments she endured during her run to lead the provincial Progressive Conservative Party and since her decision last week to cross the floor of the House and join the NDP government.

Ms. Jansen implored the members of the House: “Don’t ignore it. Don’t look the other way. Don’t excuse it. Because our daughters are watching us.”

This resulted in the bizarrely ironic scene of the Conservative Old Boys’ Club in the Legislature getting up on its hind legs to give her a standing ovation, and Mr. Kenney, whose supporters engaged in the bullying tactics that pushed her into giving up on the leadership, Tweeting his supposed agreement with what she said.

Also yesterday, a British court convicted the white supremacist who assassinated Labour MP Jo Cox during the Brexit referendum campaign in Britain. The “far-right activist” was sentenced to life in prison for Ms. Cox’s murder and his attack on an elderly man who tried to save her.

The lesson here is that hate messages and death threats against progressive politicians and women in particular – like those read in the House by Ms. Jansen and the death threats she has received for crossing the floor – create an atmosphere in which real tragedies really can occur.

Ms. Jansen must now travel in the company an armed guard. Right here in Canada!

In the same post, I commented on the real meaning of the “refocused print edition” announced by the Edmonton Journal’s editor. The likely result, I wrote, will almost certainly be less local news and fewer local reporters to write about it.

The people being retained, of course, are the five executives – including CEO Paul Godfrey – not the journalists the chain requires if it is to have any hope of survival.

The lesson here is that the people who run English Canada’s largest newspaper chain are without shame.

Smoke-Free Alberta asks: Why hasn’t all of the Smoking Reduction Act been enacted?

Robo-gaffe: What do you do when caller-ID says it’s a PC on the line and you get the NDP?

Jason Kenney shuffles his cabinet – and criticizing the boss, or John A. Macdonald, will not be tolerated!

Bill 24 passes, making it hard for Alberta schools to obstruct gay-straight alliances and illegal to out members to their parents