This just in from Elections Alberta. So you don’t have to take my word for it!

While this is the first quarter since the second quarter of 2015 that the NDP has raised more money than the Wildrosers, it certainly suggests there’s lots of life in the government party yet – no matter what all the usual suspects on the right would like you to believe.

That said, you can read too much into this sort of thing, and I don’t intend to. Still, it’s a fact that Premier Rachel Notley’s NDP raised more money in the quarter ended Sept. 30 than the Wildrose Party and the Progressive Conservatives combined.

So, just to be clear, among the Big Three fund raisers, the New Democrats raised $425,437.90 in the third quarter, which started on July 1, the Wildrosers led by Opposition Leader Brian Jean brought in $330,666.45 and the PCs led in an interim sort of way by Ric McIver raised a comparatively paltry $48,209.16.

It’s fun, but entirely speculative, to wonder what impact the PC leadership race is having on the ability of the two Conservative parties to raise funds.

Alert readers will remember that social conservative former Harper Government cabinet minister Jason Kenney, who until September was the Member of Parliament for Calgary-Midnapore, is trying to engineer a double reverse hostile takeover of the two parties – starting with the PCs and then moving on to the Wildrose. 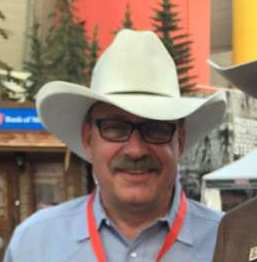 So are Mr. Kenney’s combined candidacy and strategy suppressing PC donations? Or are the PCs’ lousy numbers just a matter of their third-party status in the Legislature after nearly 44 years of running the place? There’s little doubt the fact they still haven’t figured out how to fund-raise after years of nearly automatic corporate donations, which were banned along with union donations by the NDP in June 2015, is having an impact on their bottom line too. The NDP and the Wildrose Party are both much more skilled at getting funds from small donors, and the contents of my email in-box proves it.

Or does the increase in PC donations from the paltry $27,000 and change they brought in in the second quarter indicate Mr. Kenney is now actually wooing donors away from Mr. Jean?

Look at the numbers for the first three quarters combined, excluding donations to constituency associations, and the Wildrose Party remains in the lead, but hardly by a furlong – $1.25 million for the ’Rosies compared with $1.19 million for the Dippers and $181,000 for the Cons.

Add in donations to constituency associations for the same period and the Wildrose numbers rise marginally to $1.4 million and the PCs’ dramatically to $269,000 while the New Democrats’ don’t change at all because the NDP doesn’t do things that way. That is, every donation to the NDP is a donation to the NDP.

Third-quarter numbers for the remaining parties that managed to bring in some cash in the period show the Alberta Liberals breathing down the PCs’ neck for third place with a total of $39,187.98. The Alberta Party raised $15,511.50 in the quarter and the Greens got $2,127.50.

Readers and watchers of various far-right social media sites, who see Communists hiding under almost every bed and park bench in Alberta, will be disappointed to learn the Communist Party brought in no donations at all in the quarter. Nor did the Alberta First Party, Alberta Social Credit, and the Reform Party of Alberta.

Just say no to term limits! They’re fundamentally undemocratic and that’s why the right likes them

Math is hard, but not so hard you can’t spot the holes in Tyler Shandro’s cost-saving shell game

Alert the media! Fair Deal Panel recommendations to be trotted out today

14 Comments to: This just in from Elections Alberta: New Democrats out-raise Wildrose Party and PCs combined in 3rd Quarter