PHOTOS: Former PM Stephen Harper, finally sailing into the sunset? Don’t count on it. (Photo grabbed from the Harper PMO’s now-defunct website. I believe this is the best photo ever taken of Mr. Harper, peering, as it does, right into his soul.) Below: Former Harper chief of staff Ray Novak, Mr. Harper with his buddy, Ukrainian President Petro Poroshenko, former Harper executive assistant Jeremy Hunt, and former prime minister Pierre Trudeau gracefully paddling a canoe, something it’s difficult to imagine Mr. Harper doing.

Just what Canada and the world need! Another right-wing “consulting firm” with a murky mandate.

There is a kind of fearful symmetry, to borrow a phrase, to yesterday’s Facebook revelation that PM No. 27 (No. 22 if you don’t count repeats) has quit his day job and set up a consulting firm in Calgary to occupy the hours he’ll need to while away in enforced retirement until something better comes his way.

Here’s a fellow who never had a real job in his life, except for the time his dad found him work in the mailroom at Imperial Oil here in Edmonton. Other than that, Stephen Joseph Harper has been a professional politician – or a professional political dweeb – almost every waking minute of his adult life.

By professional dweeb, I basically mean a professional flunky, a lobbyist, a propagandist, a political fart-catcher. By all honest accounts, though, Mr. Harper wasn’t very good in any role except holding public office for himself.

One of his many saccharine online hagiographies yesterday talked about how he valued loyalty – which he certainly did, as long as we’re only talking about loyalty to him. (Preston Manning, that tingling you feel in your spine may be related to the fact Mr. Harper is on the loose again, right in your own neighbourhood. He’ll be going to the same generous funders, too, as your eponymous Manning Centre. Heaven only knows what he’s going to be saying about your service to the conservative cause if he encounters a tapped-out donor.)

Since mindless loyalty to the boss, whoever the boss is, is the essential quality of a good political fart-catcher, that could have been a problem with Mr. Harper’s resume if he hadn’t been able to hang in there so tenaciously once elected. Still, it’s worth noting that the only two employees he plans to bring along to his mysterious new international consulting effort are a couple of, well, fart-catchers from his last rodeo in the Nation’s Capital. Ray Novak, Jeremy Hunt, c’mon down! (The former was PM Harper’s chief of staff; the latter his executive assistant.)

Most of Canada’s prime ministers, successful and otherwise, had real jobs first – among the recent ones, there were a couple of diplomats, several legal advocates, one of those an effective labour negotiator, a business magnate and a schoolteacher – each one an occupation that requires both charm and a certain amount of empathy, if not sympathy, to accomplish very much.

Not Mr. Harper. He was a bloodless ideologue from the moment he stepped out of the mailroom, without an ounce of empathy and precious little inclination to compromise. The fact his strategic brain trust occasionally wheeled him out to massacre Beatles tunes does not alter that one whit. The mark he left on the country illustrates what’s wrong with that approach.

And just to be clear, I’m talking about the whole ball o’ wax: the self-righteous austerity talk accompanied by serial deficits, the hollowed out manufacturing sector, the constant climate-change denial, muzzled scientists and statisticians, falling exports, efforts to destroy unions snuck through as private-members’ bills, contempt of Parliament, prorogations engineered to avoid democratic non-confidence votes, omnibus bills designed to hide and deceive, defamations of Supreme Court justices, desperately divisive wedge issues (who can forget the niqab, the “barbaric cultural practices” snitch line?) and perpetual advocacy of war. All that plus a flat economy accompanied by utter failure to persuade anyone on either side of the Medicine Line to build so much as a metre of pipeline, despite making that File No. 1 throughout his tenure. 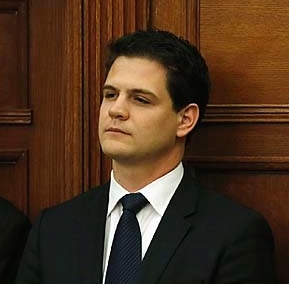 As for his success as a politician, that’s largely a partisan matter. Notwithstanding the panegyrics in the media yesterday, Mr. Harper certainly didn’t do the country much good – or, in the long term, his political party either. This despite the constant repetition in yesterday’s encomiums of how he “united” it – which, in this case, seems to mean driving out any competing interpretation of conservatism, which is probably a big part of how the Liberal Party under Justin Trudeau came to do so well in 2015.

Regardless, it’s impossible to dispute the fact Mr. Harper was good at staying in office, whatever harm he did while he was in there, so I guess that’s as good a yardstick for a political legacy as you’re going to get, and he will go down in history as a success.

Having the right market-fundamentalist credentials meant he never had a problem making a living – there was always some deep-pocketed corporation or wealthy individual around to ensure he had what he needed to pursue his schemes – and it seems unlikely that will change in the wake of the Conservatives’ Big Disappointment last October, when Canadians took possession of their country again.

There will be certain restrictions on Mr. Harper’s ability to lobby federal politicians and the like, but this is unlikely to matter very much, as one suspects the consulting firm – “Harper and Associates” – is just a respectable stoop for the former PM to perch his distinguished butt until a Conservative government can be elected in Ottawa or Edmonton that will give him an important, and likely quite destructive, task to carry out.

This, one suspects, is the real reason for the international emphasis on that enterprise – that, and the tarnished reflection from the gong recently pinned on his breast by Petro Poroshenko, president of Ukraine.

Leastways, Harper and Associates will be an address and a phone number for respectful Postmedia stenographers assigned to noting down pearls of wisdom from the “economist and lecturer,” as the Wikipedia now has it, for the benefit of the Hoi Polloi.

In the meantime – since it doesn’t seem as if the federal Conservatives are going to find their way out of the wilderness for a long, long time – the effort behind the scenes will be on getting Mr. Harper’s weirdly prissy flunky Jason Kenney elected to a job here in Alberta where he can make a national nuisance of himself. I’m sure Mr. Harper will be happy to consult unofficially on that file too, from his new Alberta redoubt – long rumoured to be located near Bragg Creek, west of Calgary.

It’s a pity, really, there’s so little worthwhile for former Canadian prime ministers who can’t ski gracefully or paddle a canoe to do after they leave office other than collect the generous Parliamentary pensions they once complained about.

Our great neighbour to the south has the institution of Presidential Libraries and Museums to keep former presidents occupied. But U.S. presidents are heads of state as well, and, notwithstanding Mr. Harper’s best efforts to persuade us otherwise while in office, Canadian prime ministers are merely heads of government.

Just the same, surely we could come up with something similar to keep them out of trouble, even if it were only a ceremonial Office of the Past Prime Minister – with the job of introducing the speakers at luncheon meetings, sort of like the past president of your local Chamber of Commerce.

Otherwise, I can’t shake the feeling that Mr. Harper’s going to be back – and there’s gonna be trouble!

Meanwhile, one of these days there will have to be a by-election in Mr. Harper’s Calgary Heritage riding.

Wildrose leader’s public spat with the mayor of Montreal may not help, but it’s likely to continue

This week at the UCP: huge cuts, social conservative sins, and complaints of fractious fibs dominate the conversation