Fort McMurray Today journalist Vincent McDermott first reported the suspension around 11:30 p.m. yesterday in a Tweet. The Wildrose Party has confirmed the decision by Mr. Jean.

Mr. Fildebrandt, the MLA for the Strathmore-Brooks riding east of Calgary, was suspended from the caucus effective immediately for making “an unacceptable comment on social media that does not represent the values of the Wildrose caucus,” Mr. Jean’s statement said. The statement read in full:

“‘This evening, Mr. Fildebrandt made an unacceptable comment on social media that does not represent the values of the Wildrose Caucus.’

“‘He has been suspended from our Caucus effective immediately.’”

A screen shot of a Facebook message posted earlier Friday evening by Mr. Fildebrandt and shows the message referred to Ontario Premier Kathleen Wynne as “Mr. Wynne or whatever the hell she identifies as” – an apparent reference to the fact Ms. Wynne is openly gay. The author of the comment adds to Mr. Fildebrandt, “proud to have you as my MLA,” and Mr. Fildebrandt initially responded, “Proud to have constituents like you!” 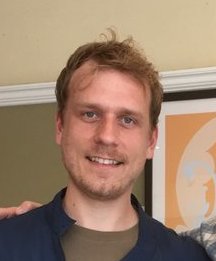 Mr. Fildebrandt backed away from the statement and his response in subsequent Facebook messages and Tweets, saying to one person “I didn’t fully read the comment. Totally inappropriate.”

To well-known Twitter commentator Dave Beninger, he said: “I just fully read that comment, just browsed it the first time (pratfalls of managing ones own page). I agree totally inappropriate.”

Mr. Beninger later Tweeted: “I don’t believe @DerekFildebrabdt is homophobic or transphobic, some of the comments on his page are/were & I’m glad he called them out.”

To the author of the comment, Mr. Fildebrandt said he had not seen the “Mr.,” and added: “With all respect, it’s not appropriate or something that should be lightly joked about. My criticisms of Ms. Wynne are based on policy, and not anything personal. It never should be personal. If anyone though (sic) I agreed with the statement, my apologies.”

The suspension comes on the heels of Mr. Fildebrandt’s jeers and harsh criticisms of Ms. Wynne in the Alberta Legislature on Thursday, moments after the Ontario premier was welcomed to the Gallery by Alberta Premier Rachel Notley. Mr. Fildebrandt’s comments were harshly criticized in media and political circles, and the Wildrose Party earlier yesterday issued a carefully worded apology that expressed regret for the timing of the comments, though not Mr. Fildebrandt’s message.

When Calgary-Bow MLA Deborah Drever, then 26, was suspended from the NDP caucus by Alberta Premier Rachel Notley on May 22, 2015, for distributing inappropriate images and making a social media comment about Progressive Conservative leaders that was interpreted as homophobic long before running for public office, Mr. Fildebrandt was quite harsh in his commentary.

Mr. Fildebrant, 30, whom the Calgary Herald noted was the youngest Wildrose MLA elected in the May 5, 2015, general election, told the paper Ms. Drever’s youth should not excuse her for posting the material. “This is a textbook example of why we should have recall legislation,” Mr. Fildebrandt said at the time, referring to a policy advocated by the Wildrose Party.

Ms. Drever sat as an Independent in the Legislature until she was readmitted to the NDP caucus on Jan. 8, 2016. During that time, she sponsored a private member’s bill designed to make it easier for victims of domestic violence to escape abuse. It was passed unanimously by all parties in the Legislature in December 2015.

An earlier version of this story, written on the fly at 1 a.m., referred to the original Facebook message as a Tweet. AlbertaPolitics.ca regrets the error … but not nearly as much as Mr. Fildebrandt regrets his, I’ll wager! This story also appears on Rabble.ca.