Home / Alberta Politics / If you were secretly relieved by yesterday’s NDP Alberta budget, you weren’t alone …

Admit it, Alberta, after yesterday afternoon’s Budget Speech was read by Finance Minister Joe Ceci, you were secretly relieved.

Well, maybe your relief on learning the details of the first budget the year-old NDP government of Premier Rachel Notley had fully drafted on its own wasn’t all that secret.

There were no destructive cuts to health care and education, no open war declared on public employees like teachers and nurses, no dangerous and doomed market-fundamentalist economic experiments that keep being tried elsewhere even though they never work.

In other words, there were none of the things the Wildrose Opposition has been demanding and might actually have been foolish enough to implement if the legislative shoe had been on the other foot.

Instead, there was a fairly realistic effort to make the best of a truly terrible situation. How bad is it? According to Mr. Ceci, the crash in the price of oil from $105 a barrel in 2014 to less than $30 in January means “we are forecasting an almost 90-per-cent drop” in resource revenues, “to $1.4 billion, the lowest in 40 years.”

In other words, no political party – including the Wildrose Party, whether they’re willing to honestly admit it or not – could have balanced this budget without doing grievous damage to the province and its people. There’s not much hope, of course, that the Wildrose Legislative Caucus will stop pretending they could.

Astonishingly, even many of the most likely opponents of the government, who were at the Budget Speech in significant numbers yesterday, were prepared to concede this. I expected representatives of teachers’ and health care unions to express the view that, given the province’s grim economic circumstances, the budget didn’t seem all that bad. And so they did.

But I was surprised when spokespeople for business groups made the same observations. “Overall, from the point of view of the business community, it was a quite positive budget,” said Scott Crockatt of the Calgary Chamber of Commerce. And he was talking about more than just the 1-per-cent cut in small business taxes, Mr. Crockatt made clear.

I will admit, though, I almost fainted with astonishment when Richard Truscott, spokesperson for the normally uncompromising Canadian Federation of Independent Business, conceded, “It’s not a bad budget.”

“When oil prices fell in the past,” Mr. Ceci had told the Legislature not a half an hour before that brief conversation, “Alberta governments responded by making reckless and extreme cuts to public services, firing thousands of teachers and nurses, cutting supports for seniors, and abandoning the most vulnerable.

“Some say we should turn the clock back and do the same again,” he continued. “But on this side of the Legislature, we fundamentally disagree.”

So the NDP will keep the lights on in Alberta through deficit financing to operate the government and debt to rebuild our neglected infrastructure – close to a billion dollars for affordable homes, another $365 million for continuing care, plus massive upgrades to roads, public transit, post-secondary education buildings, schools and municipal infrastructure. Readers can go to the mainstream media for a thorough description of the details.

A certain number of Albertans, of course, will disagree in principle with Mr. Ceci’s approach. We can argue with them about the government’s rhetorical justification for naming this budget “the Alberta Jobs Plan” – but with unemployment creeping toward levels that have long been normal in the rest of Canada, it will certainly help hold the line on statistical job losses.

But it’s said here that many of those same people – while they will continue to make dire predictions about the future and half-heartedly assail the NDP – will nevertheless feel privately relieved we don’t have to face a homemade Wild Rose apocalypse just now.

As he brought the Budget Speech to an end, Mr. Ceci argued that years of inaction by pervious governments have left Alberta too dependent on the price of one commodity. 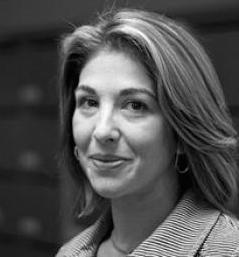 “In the past when oil prices fell, the cost of that inaction was downloaded onto hard-working families through short-sighted cuts,” he said. “Albertans paid in longer hospital wait times, overcrowded classrooms, longer commutes, higher fees and lost opportunity.”

Few Albertans who are paying attention would disagree with this, although they will certainly argue about whether the job creation programs implemented by the NDP will produce the results the government promises.

“Some say we should repeat those mistakes. We say no,” Mr. Ceci went on, however.

Well, here’s the rub: The Alberta NDP, along with all the other parties in the Legislature, continues to say No to the real revenue reform that is required to end the dependence on volatile resource revenues in this province.

It may meet a reasonable definition of insanity, but all parties accept the conventional wisdom about Alberta’s political consensus, which holds that implementing a sales tax or higher income tax like other provinces is simply impossible here.

Given everything that’s been going on, I wonder about that. Could a party brave enough to do the right thing and campaign on implementing a sales tax actually win? Well, that will have to be a story for another day.

In the mean time though, as Mr. Truscott said, this really wasn’t a bad budget, and a lot of Albertans know it, too.

Just who advocates the risky ideology around here, anyway?

Probably the most entertaining moment yesterday came just before the finance minister’s Budget Speech, when Edmonton-Centre MLA David Shepherd stood in the House to offer a short statement on the Wildrose Opposition’s bad habit of labelling anything the NDP does as a “risky ideological experiment.”

The champions of such risky ideology, Mr. Shepherd pointed out, are surely the Wildrosers themselves. At any rate, he observed, “I dare say, they’re hardly immune.”

Mr. Shepherd went on to argue forcefully that “risky ideology is believing you can instantly cut billions of dollars from public services and not affect front-line workers. Risky ideology is blindly insisting, despite clear examples like Kansas, Louisiana, and Mississippi, that slashing taxes always increases revenues and promotes growth. … Risky ideology is believing that a growing province could afford to adopt an experimental flat tax and depend on volatile royalty revenues to fund essential public services. …”

I commend this entire short passage to readers. It can be found in Hansard.

In an article published today on Rabble, journalist, author and environmentalist Naomi Klein has expressed her serious disagreement with the post published in this space on Tuesday, which asked, “With friends like the Leap Manifesto’s advocates in the federal New Democratic Party, does the Notley Government need enemies?”

While I respectfully disagree with many of her points, I appreciate the thoughtful arguments Ms. Klein has advanced in favour of the Leap Manifesto and its supporters, and I am grateful for the respectful tone of her rebuttal, which anyone interested in this issue should read. Naturally, I was not displeased to be referred to by such a well-known author, even in a critical piece, as “an important progressive analyst on Alberta politics.”

Just when the nattering nabobs of neoliberal negativism felt safe to write off the NDP, the crack of Doomsday opens!

Bill 6 Update: With the NDP in damage control mode, has the storm passed?

Now the public’s tuned in, it’ll be hard to put a lid back on discussion of rich subsidies to ritzy private schools

Never mind the Kenney Government’s ‘Blueprint for Jobs’ — 26,000 jobs gone with the wind in a day

27 Comments to: If you were secretly relieved by yesterday’s NDP Alberta budget, you weren’t alone …