Home / Alberta Politics / Whatever the outcome, today’s Calgary-Greenway by-election is sure to be a spinner’s dream

PHOTOS: Some of the candidates in today’s Calgary-Greenway by-election. (CBC photo) Below: Manmeet Bhullar, the PC MLA for the riding killed in a highway crash last November, NDP candidate Roop Rai and PC candidate Prabhdeep Gill.

Today is the day of the by-election in Calgary-Greenway, called to replace Progressive Conservative MLA Manmeet Bhullar, who was killed in a highway crash last November.

In the course of Alberta history as we have come to expect it over the past four decades or so, the ability of another PC to ride Mr. Bhullar’s coattails to an easy victory would have been a slam dunk.

Mr. Bhullar was one of only 10 Tories to survive the electoral debacle of May 5, 2015. At 35, he was very young for such a seasoned politician, and had a strong following in the riding’s substantial Sikh community. He was a talented MLA able to reach out to a much broader coalition of supporters, even if he was not quite the political saint he has been painted as since his untimely death. At the time he died, he was being hailed as a potential leader of a PC renaissance.

But these are not normal times: there’s an NDP majority in Edmonton, the oil industry is in one of its periodic cyclical busts, and two conservative parties roughly equally matched in popular support if not seat in the Legislature are fighting over the opportunity to credibly challenge the social democratic interlopers.

A recent poll suggested there’s a close four-way race in the riding among the PCs, the NDP, the Wildrose Party and the Alberta Liberals. If it weren’t for the presence of the Alberta Liberals in that mix, I would say this estimate sounds quite realistic. As it is, the results of the survey by Toronto-based Mainstreet Research just scream “margin of error.” Either that, or “Trudeau bounce.”

Be that as it may, advance polls for the by-election suggest there is not much interest among residents of the riding, and thus voter turnout can be expected to be low. Most of the candidates are not well known outside the riding. 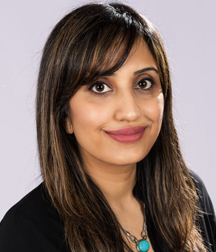 This means the outcome tonight will be decided more by the determination of party stalwarts and the size of each candidate’s circle of friends in the community, and by the abilities of each major party’s electoral machine, than by the relative popularity or lack of it of any party province-wide.

It does not mean, however, that a victory by any party won’t result in a lot of effort by the usual suspects, probably including this one, to spin the outcome of the vote as being more meaningful than it may actually be.

But unless the results are particularly lopsided in one party’s favour, observers would be advised to take the result of the vote today with the proverbial grain of salt.

If the PCs win, a comeback by the party that ruled Alberta for close to 44 years will seem more likely, and the likelihood of an uncomfortable marriage of convenience with the Tea-Party-like Wildrosers will diminish. A PC win would certainly add spice to the upcoming contest to permanently replace interim Tory Leader Ric McIver.

If the New Democrats win, the effort by the opposition and its echo chamber in the Ontario-based mainstream media to paint Premier Rachel Notley’s victory last May as a fluke, and an NDP defeat and conservative restoration in 2019 as inevitable, will certainly falter. NDP re-election will suddenly seem more likely, and with it the possibility Alberta can truly change.

If the Wildrose wins, it will significantly boost Leader Brian Jean’s effort to push the Tories into a hostile takeover on his terms and strengthen the as-of-now still-dubious narrative the Opposition party is the only conservative faction that stands a chance of defeating the NDP.

And if the Liberals win, well, I expect interim Liberal Leader David Swann to be invited to Washington, D.C., to watch President Bernie Sanders bestow the Presidential Medal of Freedom on Cuban President Raul Castro and his brother Fidel.

Of course, in the event of each possible outcome, none of these interpretations would necessarily be true.

Albertans with working short-term memories will recall that the four by-elections on Oct. 27, 2014 – all of which were won with ease by the PCs led by then-political-mastermind Jim Prentice – were widely interpreted the next morning as meaning the Tory Dynasty would never end, at least for another 44 years or so.

Here is a list of the Calgary-Greenway by-election candidates compiled by the inestimable Dave Cournoyer, author of the Daveberta.ca blog:

Media scolding about ‘political correctness’ is baloney; hats off to MRU student who spoke out against Trump cap

One Comment to: Whatever the outcome, today’s Calgary-Greenway by-election is sure to be a spinner’s dream