The Frontier Centre, in turn, is a far-right corporate-financed “think tank” based on the model of the Fraser Institute that has long made a particular hobbyhorse of its opposition to the federal Equalization Program.

So having four people associated with this organization making pronouncements about the Equalization Program is rather like asking four members of the Woman’s Christian Temperance Union, as laudable as the latter organization’s goals may be, as the only members of an “expert” panel looking into provincial liquor sales.

They may be experts on the effects of demon rum, but their recommendations are predetermined by a particular set of beliefs.

Likewise, the Wildrose Party’s “Equalization Fairness Panel” will make recommendations that are predetermined by a particular set of beliefs and political goals – in this case, the Frontier Centre’s consistent neoliberal attack on interprovincial equalization and the Wildrose Party’s desire to use the widely misunderstood program as a wedge issue against New Democrats in Edmonton and Liberals in Ottawa.

So, whatever you may think of the pros and cons of the 59-year-old equalization system through which federal taxpayers in all parts of Canada, and federal taxpayers alone, reduce fiscal disparities among provinces, it’s important to remember that the Wildrose panel is nothing more than a political gimmick.

There is no way the panel’s members can be fairly described as “blue ribbon” or “leading experts on equalization from across the country” in the sense normally implied by such words, that is, that this is an impartial, broad-based panel set up to deliver insights and recommendations with the country’s and province’s interests at heart.

The statement on the Wildrose Party’s website that it is an “independent” panel is completely false by any commonsense definition of the term.

It is clear this quartet of Frontier Centre “experts” has two goals:

No matter how wrong-headed, both are perfectly acceptable goals in a democratic society. But no one should be fooled by the Wildrose Party’s invitation to make submissions that by doing so they are in any way doing anything but helping the party’s political program and publicizing the think tank’s neoliberal economic nostrums, which are closely related.

To confirm this, let’s look at details form the four panel members’ biographies, as provided by the Wildrose Party itself:

Interestingly, throughout most of its history, the Equalization Program has not been particularly controversial in Canada. This is probably because its revenues come from all federal taxpayers, and hence Ontarians have always been the largest group of payers by province, and because at various points in its history all provinces have received equalization payments. Zero funds for equalization come from provincial coffers. 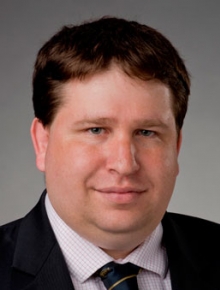 A study on Alberta and equalization published in 2012 by Dr. Melville McMillan of the University of Alberta’s Economics Department noted that “media attention to equalization appears to stem mostly from reports and arguments emerging from a small number of organizations, most notably the Frontier Centre for Public Policy.” (Emphasis added.)

“The products from the Frontier Centre have been uniformly critical of Equalization and, more generally, other federal-provincial transfers and federal activities resulting in some interprovincial redistribution,” Professor McMillan noted.

“One of the more receptive avenues” for this propaganda, Dr. McMillan added, “has been the National Post, a newspaper that declares that it would be pleased to see equalization and its affiliates killed.”

And remember, Dr. McMillan wrote this literally years before the idea of a ginned-up panel, complete with a “mandate letter” and a call for submissions as if this were a real government inquiry, was even a twinkle in Wildrose Leader Brian Jean’s eye.

I would recommend Dr. McMillian’s paper to anyone, including opponents of equalization, who would like to understand how the Equalization Program works and the essential role it plays in making Canada a nation.

Widespread misunderstanding of the program – many Albertans seem to believe the province, or even the oil companies that operate here, simply write a cheque to recipient provinces – has made it easy for the likes of Mr. Jean and Saskatchewan Premier Brad Wall to cynically use equalization as a wedge issue and a way to attack social programs in other provinces that provide too good an example to Albertans and their neighbours in Saskatchewan.

Still, one has to admire the sheer brass of the Wildrose Party for trying to pass this off as if it were a real government inquiry, with a legitimate non-partisan goal.

The Frontier Centre too has to be admired for its cheek for passing its operatives off as non-partisan researchers and getting away with taking part in political exercises like this one.

The Alberta media, though, should hang its head in shame for letting this nonsense pass into its reports without drawing readers’ and viewers’ attention to this obvious and telling connection between the Wildrose Party’s panel and the highly ideological Frontier Centre.

The Annals of the Alberta Party: A mystery created, a mystery solved

If F. W. de Klerk’s apartheid comparison to the fossil fuel economy is OK, why is David Suzuki’s slavery analogy an outrage?

Guest Post by Olav Rokne: How Alberta missed a chance to fix the inherent problems of geographically based voting

12 Comments to: There’s nothing ‘independent’ or ‘blue-ribbon’ about the Wildrose Party’s ‘Equalization Fairness Panel’