PHOTOS: Those were the days! This time last year, Jim Prentice was everyone else’s favourite Albertan, or so it seemed. Now look at him, already the last Conservative premier of Alberta. Below: Woodrow Wilson, the only American president with a PhD and Norman Levi, minister in the Dave Barrett NDP Government in British Columbia (photo grabbed from Mr. Levi’s Vancouver Sun family obituary).

No matter how badly he messes up, there’s always a place on the team for a guy like Jim Prentice.

So it was almost reassuring yesterday morning to be awakened from deep slumber by the measured tones of the CBC announcer on the clock radio explaining that Mr. Prentice, the premier who only last May led Alberta’s mighty Tory dynasty to crushing defeat at the hands of the New Democratic Party, of all people, had landed a nice sinecure with a prestigious think tank in Washington, D.C.

It could almost have been February 2015 again!

But that was before the chilling realization of what the presenter was saying Mr. Prentice was going to be doing for the Canada Institute run by the Woodrow Wilson International Center for Scholars.

The man who at this time last year had all the answers to all the problems of Alberta’s Progressive Conservatives, starting with an early election, will be writing a book about all that vexing stuff nobody knows how to fix. You know, like really low oil prices, pipelines none of our neighbours seem to want, that climate change stuff and who to yell at now that Stephen Harper isn’t prime minister any longer.

Well, maybe there’s a silver lining to this cloud. Mr. Prentice is a man with an unerring instinct to make the wrong move. He’s a politician who almost never fumbles an opportunity to fumble an opportunity. So as long as we listen carefully to what he advises, and do the opposite, we should be OK!

Edmonton journalist Mimi Williams explained all this back in April, 2015 – when the re-election of the Tories was thought to be a certainty and nobody was listening to her – in a magisterial deconstruction of the manifold mistakes of the last Tory premier called Prentice’s Rear-View Mirror.

In her 3,500-word chronicle of Mr. Prentice’s seemingly endless list of spectacular political failures – which is still available in abridged form on Vue Weekly’s website – Ms. Williams played Cassandra to remind us of the last Tory premier’s wrong call on the future of the Reform Party, his feud with Ralph Klein, his epic inability to see bad optics even when he looked in the mirror and his penchant for early elections, among many other bungles.

With the benefit of 20/20 hindsight, what was going to happen next should have been obvious – right down to Mr. Prentice’s petulant election-night resignation – but we were so blinded by his distinguished greying hair and beautiful bespoke suits that we didn’t see it coming until he told us to look in the mirror if we wanted to see what was wrong with Alberta.

What is it about bright guys like him who remind us of Louise’s assessment of Chauncey Gardiner in Being There? “Shortchanged by the Lord, and dumb as a jackass. Look at him now!”

Woodrow Wilson, it should be noted, like Mr. Prentice was a very smart man – an Ivy League university president and the only American president with a PhD, as a matter of fact. Most historians would agree that it wasn’t really his fault the United States got sucked into a world war on his watch.

You don’t have to be part of a governing party for a long time to achieve great things, as was proved by Norman Levi, who served as served as Minister of Rehabilitation and Social Improvement and was also responsible for Indian Affairs in the B.C. NDP Government of Dave Barrett, which came to power in 1972. 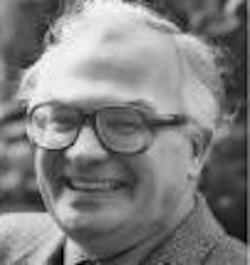 Mr. Levi, who died on Dec. 25 at the age of 88, brought in Pharmacare, the Mincome supplement for the elderly and people with disabilities, increased welfare rates, expanded community-based juvenile services and day care services, the obituary published by his family in the Vancouver Sun noted.

A social worker by profession, Mr. Levi was born in Birmingham, England, joined the British Army at 16, was with the troops that liberated the Bergen Belsen concentration camp in 1945, and fought in the Israeli War of Independence in 1948. He was the first politician in B.C. to arrange for settlement and restitution for cut-off Indian lands. He represented ridings in the Vancouver area.

British Columbia and Canada still benefit from the legacy of Dave Barrett’s government and Mr. Levi’s work in it.

Uniting the Right: Is Wildrose Leader Brian Jean starting to wonder, ‘With friends like these, who needs enemies?’

Missing: Any discussion of what drove the Hancock Government’s Bill 10 attack on legally enforceable contracts

Alberta NDP defies voters by continuing to govern as if it won the election that put it in power: political scientist