PHOTOS: “Well, Fred, they used to wrap the grocery flyers in these things. They were called ‘newspapers.’” Below: Gerry Nott, senior Postmedia functionary, and Justin Trudeau, the Canadian prime minister most hated by the Canadian newspaper industry since that other Trudeau guy.

It’s a little soon to say for sure, but despite the best efforts of Postmedia Network Canada Corp. to insist otherwise, the auguries suggest the Sun Media way of doing business is already emerging as the predominant mentality for the corporation’s now-merging Edmonton newsrooms.

Leastways, in a “note to readers” in the print editions of the Edmonton Sun and Edmonton Journal yesterday morning, a senior corporate official from the Toronto-based media company provided some useful hints about Postmedia’s rationale for the way the mergers are taking shape at the newsroom level here in E-town.

After ritual obeisance to the mostly aging (and therefore relatively expensive) journalists who were unceremoniously tossed over the side on Tuesday plus a routine complaint about the structural changes in the news business that are certainly part of Postmedia’s problems, Gerry Nott went on to explain how a combined newsroom with a single senior editor in Edmonton will be able to provide readers with “a package that respects the distinct characteristics and values of the papers they care about.” 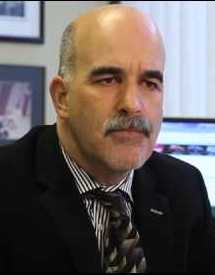 Regardless of how likely you think that really is, the important point made by Mr. Nott was a strategic one: “The slightly more serious-minded Journal will retain its focus on Edmonton’s local and provincial news, arts and business,” intoned Mr. Nott, whose full title at Postmedia is senior vice-president, editorial. “The street level view of the city, served up with a bit of sass and a healthy sports package, will remain the core of the Sun.”

The Sun version of Mr. Nott’s message, otherwise identical, reversed the order of these two thoughts, which readers may or may not accept as an accurate description of the separate missions of the Siamese-twinned papers, which are now uncomfortably joined at the head. Neither version of the note appears to have been published online.

Mr. Nott went on: “Local voices, those columnists who engage or enrage you will remain distinct to each of the titles. And the voices of the papers themselves will remain strong and separate.”

The sentence in italics, my emphasis, encapsulates the Sun Media operational philosophy, not the one inherited from Southam Inc. and its successors at the Journal. This approach emphasizes opinion columns, almost invariably written by right-wingers who are committed to the views of the generously bonused folks at head office, while de-emphasizing real reporting, especially by experienced reporters who know what they’re doing.

The reasons for this should be easy to understand. Opinions are, literally, cheap – nowadays requiring no research budget other than access to a Web browser and Google. This is not to say columnists never do any reporting, but they don’t have to. As a bonus, some of them may even acquire a following.

By contrast, real reporting, especially by journalists who have been around long enough to know what they’re doing, costs money. Not only do reporting and research have inherent costs, but the people who do that job best usually have enough experience to need to be paid a bit more. To top it off, if they’re practicing real journalism, they’re not available to write sports briefs, with “sass” or otherwise.

The Sun news management formula is now coming to the Journal, and it is reasonable to expect it will have a similar effect on the Journal’s operations as it has long had on the Sun’s.

Readers will also note the heavy toll of photojournalists in Tuesday’s purge. Postmedia managers must have reasoned no one needs to care about crappy photographs if the city’s newspapers are no longer in competition with one another. Tiny digital cameras can now be issued to the inexperienced reporters who remain.

While it is too soon for the Sun-Journal’s new manager, named Tuesday, to have had anything more than notional impact, the opinion page of yesterday morning’s Sun opinion section shows the likely shape of things to come at both papers.

Returning to Mr. Nott’s Edmonton commentary, he went on to observe that the combined Journal-Sun newsroom now has the largest local reporting team in the city. With this, at least, it is hard to disagree … for now.

This asset could be used by Postmedia’s one-headed, two-bodied Edmonton news entity to advantage as corporate management continues to face the urgent need to cut more as they cope with the market changes acknowledged by Mr. Nott – as well as the parent company’s massive self-inflicted debt, which he didn’t mention.

If I were to bet on what will happen next, it would be that Postmedia will soon tire of the cost of printing two separate editions of the same material on two different sizes of paper.

When that happens, I predict, they will keep the Sun as a morning edition and shut down the tangible print edition of the Journal. It will continue to linger for a spell as an online-only news site, with its own columnists and news briefs provided by the Sun’s non-sports writers. This will save money on paper – still a major cost for traditional newspapers – and press-run time, while maintaining some of the combined operation’s advantages in staff until the next round of cuts. It will also make it less obvious just how alike the two “separate brands” will be.

This would be a pity, because the Journal is clearly the better paper.

Cuts will have to continue because Postmedia’s situation remains dire. As noted in the company’s first-quarter report, once the 2015 Sun Media acquisition is factored out, the chain’s revenues are in alarming decline, down more than $22 million or 13 per cent compared to the first quarter a year ago. Print advertising revenues were down $16.4 million or 17.6 per cent in the same period. Digital ad revenues, the hope of the future, fell $1.4 million or 5.7 per cent.

And that was before oil prices went south, taking much of the Canadian economy with them.

Postmedia President and CEO Paul Godfrey said last week the company has plans to cut $80 million from the corporation’s bottom line by Aug. 31, 2017.

Just guessing here, but if we estimated the average cost of the 90 Postmedia employees sent to the high jump on Tuesday at a very generous $150,000 – salary, benefits and office overhead included – that leaves cuts of $66.5 million to come in the next 16 months.

Does that mean another 400 to 500 Postmedia employees will have to walk the plank in the next year?

Cuts are likely to be the deepest and most painful in Alberta among Postmedia’s operations because unlike their counterparts at the newly merged pre-Sun Postmedia newsrooms in Ottawa and Vancouver, Alberta journalists do not have unions to make it expensive for their employer to fire them.

In the case of the Edmonton Journal, of course, that was their choice. The Herald? Not so much.

A good day for Rachel Notley – but you’d never know it with media and opposition in full-scale, unrestrained meltdown