Home / Alberta Politics / Alberta NDP defies voters by continuing to govern as if it won the election that put it in power: political scientist

It seems some Albertans, particularly those on the political right, continue to have difficulty getting the hang of this democracy thing!

Alert readers will recall how Wildrose Party Finance Critic Derek Fildebrant explained to the Globe and Mail last fall that, as the Globe’s astonished headline writer summarized it, “NDP duped voters by implementing its promises.”

Now Mr. Fildebrandt has been joined in the pantheon of Alberta political aphorists by University of Calgary Professor Barry Cooper, another right-winger who seems to be having trouble coming to terms with last May’s unexpected turn of political events.

On Tuesday, Dr. Cooper exclaimed in his Calgary Herald column that the Alberta New Democrats “have continued to govern as if they actually won the election last spring”!

Dr. Cooper’s logic, in case you were wondering, is that the NDP didn’t really win the election because the Conservatives lost the election.

Dr. Cooper, who earned his PhD in political science from North Carolina’s Duke University in 1969, made his case by opening his column with the results of the Oct. 19 federal election, five and a half months after the NDP victory in Alberta. He noted the heavy support in this province for former prime minister Stephen Harper’s Conservative Party and the relatively low support for the federal NDP, omitting reference to the number of strategic votes cast by NDP provincial voters for Prime Minister Justin Trudeau’s federal Liberals.

Dr. Cooper’s key point about the level of support for the Harper Conservatives and the conclusions the provincial government should have drawn from it: “The provincial NDP were unimpressed. They have continued to govern as if they actually won the election last spring, not that the PCs lost it.” (Emphasis added.)

Mr. Fildebrandt’s argument last fall – that the NDP was breaking its promises by keeping its promises because nobody expected the NDP to win and therefore it was merely the beneficiary an anti-Tory protest vote – is similar enough to Dr. Cooper’s for them together to deserve a term of art. I would propose “Fildebrandt Syndrome.”

Judging from his column Tuesday, Dr. Cooper is very angry the government of Premier Rachel Notley is appointing people who agree with its policies to political boards, and feels it is outrageous the NDP has a “climate leadership plan” that includes a carbon tax, which he says is “opposed by two out of three Albertans.”

Actually, as readers of a post on this blog yesterday will have learned, a recent poll suggests that supporters of the carbon tax are now slightly in the lead in Alberta, by a margin of 47 per cent in favour to 42 per cent opposed. Nevertheless, it’s hard to dispute Dr. Cooper’s argument that the majority NDP government is indeed governing as if it had a majority!

Dr. Cooper goes on to complain that Ms. Notley is following the advice of Rick Smith, director of “the deeply anti-Alberta Broadbent Institute.”

I asked Dr. Smith, a former chief of staff to the federal NDP, about this. Premier Notley did take some Broadbent Institute advice, he observed, but only in the sense the institute’s submission to Dr. Andrew Leach’s Climate Change Advisory Panel “was one of dozens, including the nurses and the doctors and the asthma society and the lung association, that supported the notion of an expedited phase-out of coal for important health reasons. So our support for this important policy is on the public record.”

“The notion that our Institute is ‘anti-Alberta,’” he added, “is so nonsensical it doesn’t deserve a response.”

That a well-known academic in the field of political science would appear to suffer from what I’m calling Fildebrandt Syndrome may come as a surprise to some readers. But a quick look at Dr. Cooper’s curriculum vitae helps explain many of his problems with the NDP – as well as, on the issue of climate change, with Dr. Smith, who earned his PhD in one of the natural sciences, biology.

In 2006, Dr. Cooper aroused controversy at the U of C for his role in fund-raising for a group called the Friends of Science, which attacked the Kyoto Protocol on climate change and the science behind it, as well as arguing on a billboard that the sun, not human activity, is the principal cause of global warming.

Dr. Cooper’s 2009 book – It’s the Regime, Stupid! A report from the cowboy west on why Stephen Harper matters – was summed up in a review by Quill & Quire as “the angry thoughts of a neoliberal Albertan separatist.”

It’s the Regime, Stupid! suggests Mr. Harper was the country’s last chance for survival. In it, Dr. Cooper assailed Keynesian economics, dismissed Canada as a country of whiners and losers, claimed the place was better off without the Canadian Charter of Rights and Freedoms, and blamed a “Laurentian Elite” for many of Canada’s troubles. He may have coined that term, which the Harper Conservatives later tried without much success to make part of mainstream Canadian political debate.

When Dr. Cooper summed up, back in ’06, he asked: “If Alberta were currently independent, is it likely that it would ever decide to join Canada as it is today? What would be the advantages? Seeing none, now ask yourself, why would Alberta want to stay?”

Well, maybe because we may yet need equalization payments, especially if the Saudi Arabians keep pumping oil at their present rate. And, even if they don’t, because if we’re going to avoid that fate we’ll have to pump our oil through territory controlled by those whining losers, the Laurentian Elite! But that was 2006 and this is now.

Meanwhile, given that up until May 5 last year conservatives of one type or another had won 21 Alberta elections in a row over 80 years without really having to work very hard, it may be possible for us to empathize just a little with Dr. Cooper’s frustration that the cowboy west isn’t being run by his kind of cowboys any more!

Still, Alberta’s Fildebrandt Syndrome sufferers really should brush up on how this democracy thing works.

Here in Alberta, it’s like this: We elect MLAs. The party with the most MLAs gets to form a government. The government gets to implement the policies it campaigned on. In about four years, there will be another election, and voters get to keep the government or change it.

Most of us understand this. It’s been almost nine months now. Surely it’s time for Alberta conservatives to get up to speed!

Progress Alberta, new progressive advocacy group, will make waves … not just with opponents but maybe on own side too

Shredding the public interest! Albertans will never know what Tory secrets were purged by the PCs last May 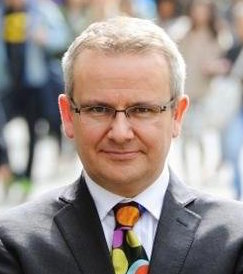 60 Comments to: Alberta NDP defies voters by continuing to govern as if it won the election that put it in power: political scientist