A bizarre two-year era of one-person rule over Alberta’s massive, sprawling health care agency came to an end yesterday when the New Democratic Government of Premier Rachel Notley appointed a conventional board of directors to run Alberta Health Services.

The restoration of board governance announced by Health Minister Sarah Hoffman is clearly intended as a conservative measure, in the traditional sense of that word, to ease the administrative and policy disorder that has prevailed at Alberta Health Services since Conservative premier Ed Stelmach created the province-wide public health agency in 2008 for reasons that remain not entirely clear.

Ron Liepert, soon to be a lowly Conservative Opposition MP in Ottawa but Mr. Stelmach’s health minister back in 2008, has said the decision was made by the PC caucus in a single day, a factoid found in a useful timeline of the history of AHS published by the Edmonton Journal yesterday. The real reason was long rumoured to be to clip the wings of the Calgary Health Region, seen by the Stelmach PCs as having grown too big for its collective britches.

Regardless, Albertans have now made their wishes for the health care system clear, Ms. Hoffman told the news conference in the Legislature yesterday morning, and “they want stability.” The appointment of a seven-member board is intended to provide that.

During the summer of 2013, during the political crisis caused by the erratic and entitled behaviour of then-PC premier Alison Redford, her health minister, Fred Horne, fired the entire 10-member AHS board for failing to follow his orders not to honour contracts giving a group of senior executives financial bonuses that had become an embarrassment to the government.

There was a certain irony in seeing a supposedly market-fundamentalist Conservative party hiring a single Soviet-style commissar to run the massive, 120,000-employee, $14-billion organization, but the place has been led by a series of single “administrators” ever since. Yesterday, the NDP restored normal business practices to AHS by naming a board. 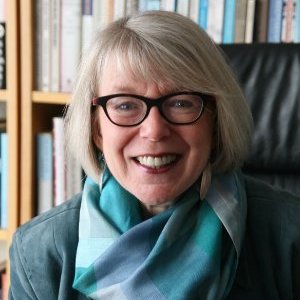 The fired 2013 board was later shown to be correct in its members’ assessment that the bonuses would have to be paid, but by then Alberta’s political crisis had intensified – setting the stage for the May 2015 election that ushered Ms. Notley and the NDP into power.

The NDP has clearly now come to the conclusion that while the amalgamation of nine health regions and three specialized health boards into AHS by Mr. Stelmach was probably a mistake, there is no going back without reducing the system to utter chaos.

Naturally, utter chaos appears to be exactly what the Wildrose Opposition demands. Yesterday, in a brief press release short on details of what the party is actually proposing, Wildrose Health Critic Drew Barnes advocated re-decentralization of the health care system.

One suspects, of course, that the confusion that would inevitably result from such a move would provide good cover and justification for privatization of health care delivery, always a key goal of the Wildrosers.

Well, NDP policy will not move in that direction. Ms. Hoffman told the news conference she had instructed the new board she wants “evidence-based decisions,” not the kind of ideological decision-making we often saw from the PCs and regularly hear touted by the Wildrose Party.

“Part of our platform was to stop experiments in privatization,” Ms. Hoffman stated.

Later in the day, in a speech to the annual convention of the Alberta Union of Provincial Employees, Ms. Notley also emphasized the government’s goal is to stabilize public services when it tables its first budget on Tuesday.

“Providing the services that people and families depend on is every government’s first responsibility,” the premier told the public service union’s 900 or so delegates at the meeting. “Stable public services support Alberta families, they support our communities, and they prevent a difficult economic picture from becoming worse.”

That this would also be expected of the new board was also noted by Ms. Hoffman at her newser.

The board members announced by Ms. Hoffman are:

In her speech to the AUPE annual convention in Edmonton today, I thought Ms. Notley began to reveal the bear outlines of her government’s 2019 re-election strategy – three bears, that is, with a serving of metaphorical porridge.

“As your Premier, I am committed to the Alberta way of doing things,” Ms. Notley explained to the union members. “That means talking straight, keeping promises, and supporting the services families count on to support children, to support parents, and to support grandparents.” She went on …

“Albertans were given three options in the last election, and not all of them did things the Alberta way:

“One was a party that had become arrogant and entitled, putting the interests of corporate donors ahead of regular people.

“The next was an extreme party that vowed to cut billions from health care and education, eliminating thousands of employees providing services that help Alberta families.

“And then there was us. We gave Albertans a clear, positive option to support prudent spending on the public services that mattered, even if it meant balancing the budget a little bit later, and asking those who did so well under the policies of the last government to contribute just a little bit more in taxes.”

Three choices: Too entitled … too extreme … and just right.

You tell me, Dear Readers: Did I unfairly beat the Wildrose finance critic like a piñata?

Premier Jim Prentice is optimistic and pessimistic at the same time: don’t worry your pretty little heads about it

The likely future history of the Keystone XL Pipeline: Yes, Alberta! The answer is still No!

How low can Jim go? I mean, seriously, how low can he go?

Rain’s forecast, but today promises to be a sunny Labour Day celebration just the same