Home / Alberta Politics / The election of Jeremy Corbyn to lead Labour is proof that, sometimes, hope triumphs over fear mongering

If you’re one of those who imagines Alberta has embarked on a “dangerous experiment” by electing the moderately centrist New Democrats led by Rachel Notley, what must you make of the choice of Jeremy Corbyn as leader of Britain’s Labour Party?

The bearded Mr. Corbyn, chosen leader of the Official Opposition on a huge wave of public enthusiasm in an open party election, really is a socialist, not just a watered-down social democrat. “Let’s be proud of the principle of a welfare state that protects everyone,” he says softly and clearly in a recent speech recorded on Youtube.

The evocatively initialed JC believes in social justice, free education for all, free public health care and fair taxes. He wants to end the waste of more than 100 billion pounds on Britain’s “strategic” nuclear submarine fleet and its weapons of mass destruction. He has said that everyone who has committed a war crime should stand trial – a not-very-exclusive club that quite possibly includes former “New Labour” prime minister Tony Blair.

The top dogs in Britain’s class-obsessed society – and that includes New Labour as much as Conservatives, Tweedledee to the other’s Tweedledum – were in full howl within seconds of Mr. Corbyn’s electoral success yesterday. He will destroy the party, moaned the former. He will destroy the country, screeched the latter. He will never be prime minister they all agreed.

Their fear, however, is the opposite: That the great popular wave that swept Mr. Corbyn to the very front of the Opposition bench will carry him onward to 10 Downing Street, and that there he will succeed.

It’s not really the fate of the realm that worries them – England could survive Henry VIII, Richard Cromwell and Margaret Thatcher, after all, and black ravens still patrol the grounds of the Tower of London. It’s the potential fate of the corrupt and rickety neoliberal oligarchy on which their power rests that strikes fear in their hearts.

For Mr. Corbyn may speak softly, but he seems both to mean what he says and say what he means, and it has unexpectedly turned out he carries a big electoral stick. He was allowed into the race as a sop to the traditional Labour left. Bookies gave odds of 200-1 against his success. It only became apparent too late for the power brokers that he had uncorked the dreams and hopes of a population sick at heart of the corruption and electoral manipulation that keeps the West’s neoliberal mafias afloat.

So the danger is not so much what Mr. Corbyn might do to the party or the nation, but what the people who consider themselves to be the only permissible leaders of the realm might do to him. This may have nearly happened before. What was the British Army up to back in 1974, less than four months after Gen. Augusto Pinochet’s bloody coup in Chile, when it occupied Heathrow Airport without informing Harold Wilson’s Labour government? How long will it be before someone has a Murder-in-the-Cathedral moment: “Who will rid me of this turbulent priest?” 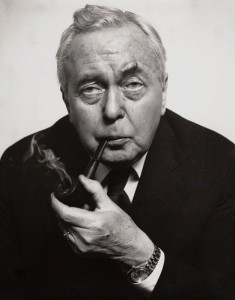 Well, there’s not much danger of that here in Canada, where our federal social democrats appear to be not very different from our so-called conservatives. Thomas Mulcair, bearded leader of the Opposition New Democrats in Canada’s Parliament, is on record singing the praises of Thatcherism. Mr. Mulcair, then a Liberal member of the Quebec National Assembly, declared in 2001 during a heated moment of Quebec political history that it was the “winds of liberty and liberalism” that blew Mrs. Thatcher and her odious wrecking crew into power!

And that’s the way our rulers prefer their progressive politicians, if they must abide them at all: As Margaret Thatcher in social democratic drag. That horrifying thought notwithstanding, don’t imagine that we have yet reached “Peak Beard,” a state that won’t exist at least until Messrs. Corbyn and Mulcair, regardless of their significant differences, both occupy their countries’ respective prime ministerial residences.

After 30 years of calling all the shots without a whisper of meaningful opposition, extreme neoliberals like the people who now dominate the Conservative parties in both Britain and Canada have become very impatient with the idea even of a prime minister who basically agrees with them but may not be in enough of a hurry to marketize everything at once.

That is why, as an aside, neoliberals like Prime Minister Stephen Harper and his Wildrose auxiliary here in Alberta work so assiduously to equate socialism with communism and other forms of totalitarianism.

Why do you think Mr. Harper and the twerps he favours in his cabinet are so set on their bizarre plan to build the massive, ugly and intellectually dishonest “Victims of Communism Memorial” – a proposition as dubious as a pile of deteriorating concrete dedicated to the victims of capitalism, who are just as real – on a prime piece of public land needed for our impartial and independent judiciary?

It is a cynical Orwellian instinct that drives these “conservative” ideologues to attempt to implant in our collective memory a false moral equivalence among totalitarian communism, democratic socialism and even mild-mannered social democracy, the better to defang any resistance to neoliberal deconstruction of our community and its replacement with the fake freedom of the market.

But Mr. Corbyn has now proved that the ideas of community, equality and real liberty still resonate powerfully. He has also shown, as he has put it, that the revelation “austerity is a political agenda that has led to greater inequality” rings true to vast numbers of people.

All over the world – when they are given the chance – ordinary people are choosing hope over fear mongering, hate and wedge politics. No wonder Mr. Corbyn’s election as Opposition leader has shaken Britain!

Rachel Notley to Alberta’s trade ‘envoy’ to Washington: Nice seeing you ’round! Here’s your hat!

If there was ever a time for the U of A to stick to its guns and welcome David Suzuki to Edmonton, this is it!

7 Comments to: The election of Jeremy Corbyn to lead Labour is proof that, sometimes, hope triumphs over fear mongering