Home / Canadian Politics / Will Canadian troops in Ukraine have to train radical Islamist volunteers said to be tied to ISIS?

PHOTOS: Defence Minister Jason Kenney explains who Canadian troops will train in Ukraine last fall. Below: Prime Minister Stephen Harper in Ukraine in 2010. Photos are from the CBC and the Prime Minister’s Office’s Flickr account.

It’s been evident for several months now Ukraine has a problem with neo-Nazis, in particular battalions of “volunteers” who espouse Nazi ideology and use Nazi symbols fighting on the government side in the ongoing civil strife in that European country.

Now it appears Ukraine may have a problem with radical Islamist volunteers in the ranks of its army as well, according to a New York Times report on Tuesday.

This raises the spectre that Canadian troops sent to Ukraine as military trainers could not only be used train neo-Nazis, but to assist Islamic militants tied to ISIS as well.

In the early days of the continuing Ukraine crisis, which from this perspective has all the characteristics of a civil war with religious (Roman Catholic versus Orthodox) and ethno-linguistic (Ukrainian speaking versus Russian speaking) overtones, the role of neo-Nazi formations was either ignored or dismissed by supporters of the current Canadian-backed regime in Kiev as “pro-Russian” propaganda.

Russian suggestions that Islamist formations were also involved in the fight were barely acknowledged, presumably dismissed as propaganda too outlandish to be considered.

Now, at least, the Ukrainian problem with neo-Nazis is pretty widely acknowledged even in the most conservative and anti-Russian media, and the Russians’ claims about Islamists seem to be gaining traction among respected Western news organizations as well.

Regarding the neo-Nazi influence in Ukrainian volunteer regiments, even if saying it aloud makes Canada’s prime minister, Stephen Harper, extremely angry, his own minister of defence more or less acknowledges it.

At any rate, when Jason Kenney discusses Canada’s plan to send 200 Canadian soldiers to Ukraine to train the Ukrainian army – which was badly mauled earlier this year in fights with rebel militias from the country’s Russian-speaking east, which may or may not have been aided by regular Russian Army troops – he makes a point of denying they will be training neo-Nazis, white supremacists and other far-right extremists who are widely acknowledged as among the most effective fighting units of the Ukrainian Army.

“We’re not going to be in the business of training ad hoc militias,” Mr. Kenney claimed in a news report April. “We will only be training units of the Ukrainian National Guard and army recognized by the government of Ukraine,” he added, seemingly ignoring the fact the far-right units in question were then being integrated into the Ukrainian command structure and order of battle.

Last month, when U.S. lawmakers blocked the training by American troops of the notorious Azov Battalion, Mr. Kenney’s press secretary danced around the issue of whether Azov members would be trained by Canadians, saying only that the Ukrainian forces would screen the troops to be trained by Canadians to ensure there were no neo-Nazis in their ranks.

Later, Mr. Kenney dismissed the Azov Battalion in a CTV interview as “a small number of bad apples,” while a spokesperson for the formation denied the claims of far-right connections as a Russian smear campaign.

On Tuesday, under the headline “Islamic Battalions, Stocked With Chechens, Aid Ukraine in War With Rebels,” the New York Times described several units of Islamist militants from Chechnya in the North Caucasus fighting for the Ukrainians under the command of the Azov Battalion, which the Times described as “openly neo-Nazi.”

The Times also noted that French security authorities have tied members of one of the Chechen volunteer units featured in the story to ISIS.

While the weirdly upbeat Times story does its best to portray the Islamist volunteers in the Ukrainian cause as daring and skillful soldiers, which they may well be – “the Chechens’ calls of ‘Allahu akbar’ … are said to strike fear in the hearts of the Russians” – to a reader who is paying attention they sound pretty unsavoury, often refusing, for example, to take prisoners.

The Ukrainians have become reliant on both neo-Nazi and Islamist fighters because of the sad state of their thoroughly demoralized regular army, which is among the principal justifications used for U.S., Canadian and British troops training Ukrainian soldiers. Russian news sources say more than 10,000 Ukrainian soldiers have deserted since the war in Donbas began in earnest in the spring of 2014.

By contrast, wrote Times reporter Andrew E. Kramer, “the Chechens, by all accounts, are valuable soldiers. Ukrainian commanders lionize their skills as scouts and snipers.”

Harper Government assurances measures will be taken to ensure no neo-Nazis are trained by Canada’s soldiers have always sounded vague and unconvincing given both the Ukrainian reliance on such units and Canadian reliance on Ukrainian forces to determine who gets trained.

Now the same problem extends to the very Islamist extremists the Harper Government’s election ads are using to try to terrify Canadians into re-electing his Conservative government.

Can Mr. Harper or Mr. Kenny give Canadians meaningful assurances Islamist radicals with ties to ISIS won’t be among the Ukrainian forces trained and equipped by Canada?

Independence Day: an excellent moment to remember Stephen Harper is no ‘Tory’ 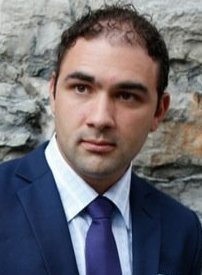 Eve & Dimitri’s defection: Will it play in Pickering? You bet it will!

Is ‘compassionate belt tightening’ in Alberta just another sign of our worldwide neoliberal derangement?

The door remains open a crack for Canada to act in the interests of its citizens, including the ones jailed in China

9 Comments to: Will Canadian troops in Ukraine have to train radical Islamist volunteers said to be tied to ISIS?