PHOTOS: A line of “government relations” specialists with packs full of resumes mentioning past NDP connections make their way over a mountain pass from British Columbia into Alberta. Actual lineups of B.C.-based lobbyists may not appear exactly as illustrated. Below: Brad Zubyk, principal of Vancouver-based Wazuku Advisory Group, which is about to set up shop in Edmonton; former B.C. NDP Premier Mike Harcourt.

With the Tory Old Boys Network suddenly out the door and without any direct influence over the government, lobbying companies with NDP connections no matter how vague or distant continue to ponder their chances in Alberta.

The next arrival sounds like it will be Vancouver-based Wazuku Advisory Group, headed by “political navigator” Brad Zubyk, late of New Democratic Party circles in British Columbia. Very late, as a matter of fact. 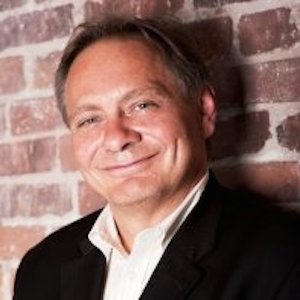 Mr. Zubyk, one the firm’s three “principals” – which as noted earlier in this space is the fashionable term in the business for “partner,” “owner,” or “boss” – worked for the Mike Harcourt NDP Government in the mid-nineties, on the B.C. NDP campaign team in 2005, on one of Corky Evans’s B.C. NDP leadership campaigns and on a municipal election campaign by Vision Vancouver, a centre-left municipal party in Vancouver.

But that was then and this is now. For the past three election cycles, Mr. Zubyk confirmed yesterday, he has been an active B.C. Liberal, which is more akin to being a Conservative in the Alberta context, and is also a member of the federal Liberal Party – which in NDP terms can be a bigger no-no than being a Tory.

He has also been assailed in progressive circles in British Columbia for taking business from an anti-union organization called the Independent Contractors and Businesses Association, which has been known to run advertisements attacking the NDP.

Wazuku also employs a senior advisor named Emir Mehinagic, whose corporate biography states he worked as chief of staff for two (obviously Tory) Alberta ministers, one of them the minister of aboriginal affairs, back in the day. The bio also says he’s been a political volunteer on numerous political campaigns.

Mr. Zubyk noted in an email that the plan to open an office in Edmonton “is not directly related to any provincial election. It is part of our expansion plan …” Moreover, he said, the firm does more than “government relations,” the term such businesses prefer to lobbying.

Regardless, it is far from certain if any of the companies and consultants advising clients on government relations really have much of a clue how to deal with Alberta’s New Democrats, who may have been almost as surprised by their May 5 election victory as their once-confident opponents.

Indeed, it is not at all clear that the traditional approach to lobbying – an inside track to the ear of the minister – will work at all in Alberta in 2015, especially with a tiny and tightly knit cabinet like Premier Rachel Notley’s current Group of Twelve.

While the NDP has been knocked and mocked for having too many inexperienced and idealistic legislators, those traits certainly inoculate them against the strategies and tactics favoured by professional lobbyists, and will possibly do so for quite a long time.

There’s a case to be made that recent hires and efforts to find warm bodies with NDP connections by GR firms already operating in Alberta may be mainly intended as a signal to their clients not to bolt while they figure out what to do next.

Even if such stratagems do work, none of the NDP-tinged lobbyists who have surfaced so far seem to have any meaningful links to Alberta’s new crop of New Democrats. Most of them, moreover, seem to have come from the other side of the Rocky Mountains, which if not quite impenetrable to travel, certainly encourage a different state of mind on their opposing slopes.

Well, good luck to them all. It certainly means that almost any known New Democrat looking for lunch shouldn’t have any trouble finding a date. Bring your orange party card and leave your credit card at home!

Starting with the A’s in Alberta: Archer is in; Asbell is on the way out

Grim Athabasca University report says ‘future is now,’ but faces a different future than the one its authors anticipated

Go figure! Ezra Levant, the Pied Piper of right-wing-nuttery, has the mainstream media singing his tune!

5 Comments to: The Annals of Government Relations: B.C. lobbyists with faint Dipper links keep turning up in Alberta