Home / Alberta Politics / Starting with the A’s in Alberta: Archer is in; Asbell is on the way out

PHOTOS: A chaotic scene, not atypical of Alberta labour relations in the Age of Asbell, shot with a phone camera in the offices of the Alberta Labour Relations Board in Edmonton. Below: ALRB Chair Mark Asbell and former CBC reporter John Archer. Sorry about the lousy photos, but, hey, I’m working with what I can find!

The CBC’s Legislative reporter, John Archer, announced on Twitter yesterday he is transitioning from @cbcarch to @ablegarch – that is to say, he’s going to work in communications for Alberta Premier Rachel Notley.

Mr. Archer’s title, he tells me, will be “Media Officer,” although surely an address as prestigious as the third floor of the East Wing of the Legislative Building could come up with something better than that! 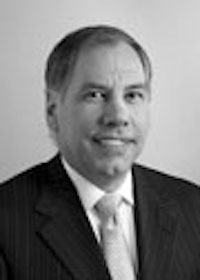 Mr. Archer was the president of the Alberta Legislative Press Gallery. As a Legislative reporter, he was known as a tough questioner who refused to accept the usual evasions favoured by politicians of all stripes and bureaucrats of many varieties. Having been on the receiving end of his questions myself a couple of times, I can vouch for his laser-like determination to get the story he was after.

Mr. Archer will surely be missed in the Legislature, where too many media questions are softballs and journalistic passivity is often the norm. That may change, mind you, now that conservatives congenial to media owners are now longer in power – and perhaps part of Mr. Archer’s job will be to respond briskly to any reporter who steps out of line.

His sardonic style will also be missed on CBC’s morning drive show, where he sometimes filled in as host.

It’ll be interesting to see if Mr. Archer can develop the patience and forbearance necessary to deal diplomatically with journalists, a substantial number of whom Conrad Black has reminded us are “ignorant, lazy, opinionated, and intellectually dishonest.” I mention this, with no apologies whatsoever to Lord Black, as an aged hack toiling through a miasma of mounting decrepitude. 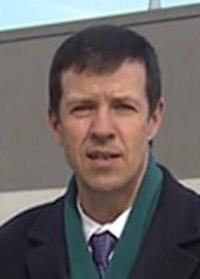 Meanwhile, as Mr. Archer enters the government’s service, the skids are said to be being greased for a rapid departure by Mark Asbell, chair of the Alberta Labour Relations Board since 1999. Mr. Asbell, a University of Alberta-trained lawyer, nowadays a Q.C., was also the board’s vice-chair from 1991 to 1997.

It would be fair to say Mr. Asbell has been unpopular with many trade unionists during his unusually long tenure for decisions by the Board that they saw as tilted steeply toward employers over the rights of unionized workers. In fairness, Mr. Asbell was charged with administering some of the most regressive and unfair labour legislation in Canada by a regime that was clearly not at all sympathetic to the idea of balanced labour relations.

The search for a replacement to chair the ALRB is said to be actively under way, and its successful conclusion cannot come too soon for many of Mr. Asbell’s old adversaries.

On another journalistic note, though one not beginning with an A, former Wildrose Party chief and short-tenured Tory caucus member Danielle Smith will commence two weeks as a replacement host on NewsTalk Radio 770’s afternoon public affairs show June 15.

Ms. Smith, who spent a few years in broadcasting before launching her provincial political career, replaces former Liberal, Independent and Alberta Party MLA Dave Taylor in the temporary slot, which sounds like a tryout for a longer-term position to me, at the Calgary talk-radio station owned by Corus Entertainment.

Her political career ended suddenly not long after she led much of the Wildrose caucus in a mass defection to the Progressive Conservative benches of the Legislature in December 2014.

Mr. Taylor retired from politics in 2012, choosing not to run in that year’s general election, and has now retired from radio too. It’s not certain what this means for your blogger’s frequent appearances on the genial Mr. Taylor’s program.

The Annals of Government Relations: B.C. lobbyists with faint Dipper links keep turning up in Alberta

Guest Post: Canadians should be on red alert over Redwater Energy case

Embarrassing honorary degree stories: ‘Did no one warn them?’

5 Comments to: Starting with the A’s in Alberta: Archer is in; Asbell is on the way out