PHOTOS: The damage done by residential schools is part of every Canadian’s legacy and the sooner we acknowledge that, the better off we all will be. Below: Alberta Premier Rachel Notley, B.C. Premier Christy Cark, singer Raffi Cavoukian, Opposition Leader Brian Jean and Tory MLA Sandra Jansen.

From the vantage point of the capital city of another Western Canadian province, it was hard not to feel enormous pride in Alberta Premier Rachel Notley after she apologized in the Legislature yesterday for the failure of Alberta’s past political leaders to speak up against the residential schools system, its goals and the national tragedy to which it has contributed.

It is particularly important in this context, in the words spoken by Premier Notley, that Alberta has now joined the chorus of voices calling for a national inquiry into the parallel tragedy of missing and murdered aboriginal women.

Taking her lead from the Truth and Reconciliation Commission and the occasion Sunday of National Aboriginal Day, Premier Notley tied these two issues together, as they deserve to be connected. “This complex interplay of factors is part of the legacy of residential schools, and this must be examined alongside the lack of success that police forces experience in solving these crimes against aboriginal women.

“Today our government joins these voices,” she said. “Our hearts and a strong sense of justice and humanity compel us to speak loudly and clearly for these young beautiful women, who were mothers, daughters, sisters, who were deeply loved and are now deeply missed.

“We join the families, national aboriginal organizations, the provinces, the territories to lend our voice to the call for a national inquiry because it is the right thing to do. Together all of us in this House must openly face the root causes that place aboriginal women and girls at such high risk. Harsh realities like poverty, racism, inadequate housing, and lack of educational opportunities are amongst those realities, and until these root causes are addressed, the violence will continue.” (Emphasis added.)

Sunday was the longest day of the year, Ms. Notley noted. “I want that light to illuminate the hearts of all Albertans. I want the issue of missing and murdered aboriginal women to come out of the shadows and to be viewed with compassion and understanding in the clear light of day.”

Of course members of past generations of political leaders are not the only ones who need to acknowledge these realities. Appreciating and acknowledging the magnitude of these tragedies and the enormity of acts perpetrated in all our names has been a long time coming – too long – and is still being resisted by some powerful voices in our society. Premier Notley’s powerful statement is an important step in the search for a way to right those wrongs.

If you haven’t read Ms. Notley’s remarks in Alberta’s Hansard, the record of the Legislature’s proceedings, I recommend you do so.

Here in British Columbia, Premier Christy Clark apparently failed to notice the uniquely Canadian significance of June 21 when she promoted closing a major bridge in downtown Vancouver to promote yoga – at least until she was shamed on Twitter by Raffi Cavoukian, the singer of well-loved children’s songs who also possesses a compelling social vision.

Not that there’s anything wrong with yoga, but there’s a time for everything, and Sunday obviously wasn’t the right time for Namaste om the bridge. It’s a telling commentary on the power of social media that when Raffi made the obvious link in fewer than 140 characters, Premier Clark skedaddled from the crossing – which occupies in the unceded territory of the Musqueam, Squamish, and Tsleil-Waututh First Nations First Nations – and the event.

Upon reflection, Ms. Clark would probably have preferred to have taken the example of Ms. Notley and marked the same circumstances with a more dignified and serious performance.

The West Coast fiasco, notwithstanding the large amount of publicity surrounding it, seemed less embarrassing in some ways that Alberta Opposition Leader Brian Jean’s decision to use his response to Ms. Notley’s remarks in the Legislature to all but campaign for his former boss, Prime Minister Stephen Harper.

Many Albertans and Canadians are far from persuaded, Mr. Jean’s advocacy notwithstanding, that the Harper Government has a particularly good record on this issue. 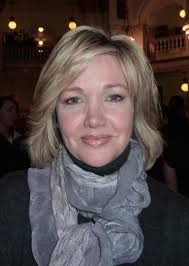 The bill’s somewhat hyperbolic title probably overstates the act’s potential impact, but just the same it’s undoubtedly a step in the right direction if restoration of democracy is your goal.

Only the lonely Tories opposed the bill, having long benefitted from a system in which corporate donations kept their dynasty afloat and held their opponents under water. So it was interesting to note from afar via Twitter last evening that even the much shrunken Progressive Conservative caucus couldn’t muster unanimous support for the party’s position.

The former broadcaster, once known as one of premier Alison Redford’s most determined loyalists, can probably expect a cranky call from PC Whip Wayne Drysdale, MLA for Grande Prairie-Wapiti. In the situation the once-mighty PC caucus now finds itself, however, that may not trouble Ms. Jansen as much as it likely would have once upon a time.

Such divisions in the ranks are the least of the PCs’ problems now, of course. The are more compelling reasons – notably the lack of money and the inability thanks to Bill 1 to raise much more – that suggest the prognosis for the party’s survival is not particularly bright.

NOTE: Well, never mind calling the Whip. I learned this morning that third reading of Bill 1 passed unanimously 64-0, and five Tories, including Mr. McIver, voted in favour. This is a remarkable turnaround from what the PC leader first said about the bill, remarkable enough, indeed, to qualify officially as what is known in conservative circles as a “flipflop.” I suppose the Tories just didn’t want to be on the wrong side of history with legislation that is bound to be popular, even with people who don’t necessarily support the NDP. Voting with Ms. Jensen and Mr. McIver in favour of the bill were Manmeet Bhullar, Mike Ellis and Richard Starke. This post also appears on Rabble.ca.

‘Alberta is not Greece yet’ … Why do we have to pay for Jack Mintz’s mythmaking?

Clown costumes verboten today in Fort Mac schools … but are Canadians safe when costumed mimes can walk our streets?

OK, maybe B.C. has a case against Alberta’s wine embargo … but so what?

Dr. Verna Yiu named Alberta Health Services CEO No. 8 in 8 years – can she fix what 7 couldn’t?

Short-term jobs and profits notwithstanding, Canada’s interests are not served by Saudi armoured vehicle sale

10 Comments to: Rachel Notley offers a dignified argument for healing and acknowledgement of past wrongs against First Nations citizens