Home / Alberta Politics / Ours is smaller than yours! With 2 Sky Palace killers and 9 members, PC shadow cabinet outdoes Notley Cabinet … sort of

Well, we have to give them this much: the Alberta Progressive Conservatives have managed to produce a shadow cabinet even smaller than Premier Rachel Notley’s minimalist ministry! 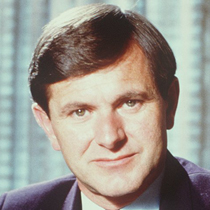 Not that they had much choice in the matter, but while there are now plenty of New Democrats in the Alberta Legislature to populate the premier’s tiny 12-member cabinet, alas for the PCs the number of the formerly dynastic governing party’s cabinet critics is limited by the number of PC members actually remaining in the House.

And if you count interim-type leader Ric McIver, there are still only nine of them. (Actually, if the recent performance of their support staff is anything to go on, this may be a small mercy from the PCs’ perspective.)

Well, their caucus could grow to 10 if by some miracle something changes with the appeal of the judicial recount of the recount that gave an election-night tie in Calgary-Glenmore to NDP candidate Anam Kazim rather than Conservative Linda Johnson on May 5.

In the mean time, the PCs can comfort themselves with the thought that right after the 2004 election, when supposed frugality meister Ralph Klein named two dozen MLAs to his PC cabinet (if you count two “cabinet liaisons,” anyway), New Democrats Brian Mason and Raj Pannu has to split 22 critic portfolios between them!

What’s more, the late Grant Notley had to be the critic for every one of the 20-plus ministers in Peter Lougheed’s cabinet!

Truth be told, this probably won’t comfort the 2015 Tories very much. But at least, individually, they don’t have as much to keep track of as did any of Mr. Notley, Mr. Mason or Dr. Pannu.

Here the PC critics are, for future reference, just in case anyone happens to keep track of such minutia:

Well, there’s one thing the Tories can still brag about: Reduced though their numbers may be, the man who put a stop to Alison Redford’s Sky Palace is definitely in their shadow cabinet!

Questions without answers: Why are our U.S. allies so ambivalent about ISIS, and what does it mean for Canada?

4 Comments to: Ours is smaller than yours! With 2 Sky Palace killers and 9 members, PC shadow cabinet outdoes Notley Cabinet … sort of