If Alberta’s Conservatives weren’t worried about the long-term effects of their surprise defeat in the May 5 general election, by gosh they should be now!

Premier Designate Rachel Notley gave her first official news conference yesterday to announce when she and her cabinet will be sworn in, when the Speech from the Throne will be delivered and other important dates in the transition to Alberta’s first New Democratic Party government. It was a bravura performance.

With disarming charm, Ms. Notley stick-handled the manufactured brouhaha about the young MLA whose tasteless Facebook pictures aroused controversy, disarmed the media and defused their toughest questions, and gave reporters a bone to gnaw with the announcement her cabinet will be astonishingly small.

Notwithstanding the renowned low average age of her 54-member government caucus, Ms. Notley generally gave the impression that the grownups are back in charge here in Alberta for the first time since Ed Stelmach stepped aside as premier in the fall of 2011.

Of course, Ms. Notley is bound to face tougher events of this type in the future – as, perhaps, when the New Democrats learn the true state of the finances left by the last couple of Tory governments. But this time, at least, from the vantage of the CBC’s live feed of her afternoon news conference in the Legislature’s media room, she seemed to be firmly in charge and enjoying herself enormously.

So, the premier designate told Albertans, she will be sworn in as premier next Sunday, along with 11 cabinet ministers.

The public ceremony will take place on the steps of the Legislature, with music and treats for children. 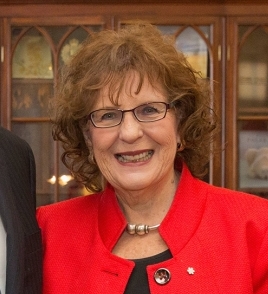 The NDP cabinet will be the smallest in any Canadian province but for Prince Edward Island, which has a population not much larger than the City of Red Deer and about an eighth the size of Calgary, never mind the difference in GDP.

The last couple of Progressive Conservative governments acted like a cabinet of 20 was evidence they’d pared things to the bone, so this should please the province’s allegedly conservative nature – although the Wildrose Party’s House Leader complained bizarrely that such a minuscule cabinet was bound to lead to bigger government under the NDP. Go figure!

The cabinet will hold its first meetings in Calgary next Wednesday and Thursday, Ms. Notley said, followed by three key events in June:

Immediately after the Speech from the Throne, the Legislature will pass an interim supply bill so the government can continue to operate while a real budget is put together. This need was the result of former premier Jim Prentice’s brainstorm to call an early election for the mandate he just had to have before seeing a budget passed.

A full NDP budget will be tabled in the fall.

With the detail stuff in hand, Ms. Notley smoothly dispatched the matter of the controversy over 26-year-old Calgary-Bow representative Deborah Drever’s controversial Facebook pictures with barely a grumble from the assembled journos.

She said she had accepted the inexperienced MLA’s apology for the imbroglio and assigned her some homework to “reach out to groups that deal with vulnerable young women in an effort to find ways to expand and grow education on this issue, to ensure her commitment to fight violence against women and our government’s commitment to fight violence against women.”

Ms. Drever will not, however, be required to write what she learns on the blackboard 2,000 times – a metaphor, I’m afraid, that will be lost on many readers of this blog.

This, of course, will not be enough for the usual suspects who have been trying to use this to bash the government, but, as stated before in this space, they’re going to have to find more substantial issues if they want to have an impact.

Ms. Notley stuck to her guns about the need to conduct a review of Alberta’s royalty structure, and also promised a review of the province’s boards, agencies and commissions – which for years have been used as a well-compensated spot for soft landings by friends of past PC governments.

Prime minister finds another Lois to serve as lieutenant governor.

Meanwhile, lo and behold, there will be someone to read the Throne Speech on June 15!

Prime Minister Stephen Harper yesterday appointed Lois Mitchell (who she?) as lieutenant governor to replace much decorated former military man Donald Ethell, 78, whose planned retirement after five years on the job was revealed in this space a week ago.

Ms. Mitchell is a senior partner in a company called Rainmaker Global Business Development, which does … something. Make rain, perhaps.

She has a couple of sporting connections – as a governor of the Canadian Women’s Hockey Association and supporter of an Olympics fund-raising effort, as well as being the spouse of a former Canadian Football league commissioner.

Plus, she’s named Lois, which has worked out well in this field in Alberta before.

While relevant to a lieutenant governor’s tenure in the job, and unlike that of the old soldier who is about to fade away, it would appear that Ms. Mitchell’s age is a secret.

This post also appears on Rabble.ca. NOTE: A new Wikipedia entry appointed on May 21, the day of the PM’s announcement, says Ms. Mitchell was born in 1939 or 1940.