Ed Stelmach, the last good premier the Alberta Progressive Conservative Party managed to elect, spoke up yesterday about the tactics used by his party in the campaign leading to the May 5 election and what the decimated PCs need to do now to survive.

What did the Tories do wrong that led to the election of an NDP majority on May 5? Mr. Stelmach says they moved too far to the right.

How to fix it and salvage the party, if that’s still possible? Mr. Stelmach says they need to move back to the centre.

He’s right on both counts, of course, although whether anyone in his party will pay attention to him now is another matter.

When I say Mr. Stelmach was “the last good premier” the Tories had, I was going to say “the last effective premier.” But Alison Redford, who was chosen by the party to replace Mr. Stelmach when he’d had enough sniping from the Alberta oiligarchy and the ideological right for daring to review royalty rates, and Jim Prentice, who was chosen as an ideologically more reliable replacement for Ms. Redford when she turned out to be a loose cannon on deck, were both effective enough. You know, like a neutron bomb is effective!

“Our popularity was always in the centre and someone gave the advice to move to the right,” Mr. Stelmach said of the Prentice PCs in an interview with the Edmonton Journal’s Sheila Pratt.

He told Ms. Pratt he was not consulted about the election by Mr. Prentice or any of the members of the just-departed premier’s strategic brain trust, although that hardly comes as a surprise under the circumstances.

Mr. Stelmach, of course, knows perfectly well who that “someone” was – but he’s too decent, and too politically savvy, to say it aloud.

The people Mr. Stelmach has in mind, I have no doubt, principally include:

Part of this was hubris on the part of the people who organized the Very Albertan Coup that pushed Mr. Stelmach out for being, so they thought, too liberal. (Mr. Stelmach was and is in fact a conservative of the variety who actually wants to conserve some things that are worth keeping – which in the Bizarro World of the modern North American conservative movement makes one a “liberal.”)

The ideologues and their financiers had been successful for 40 years pushing policy further and further to the right, despite the fact that voters who kept reluctantly supporting their candidates had growing reservations. In the lead-up to the 2015 election, they must have asked themselves … “How can we fail?” Alberta is the most conservative part of Canada!”

These were the someones who encouraged the plot against Mr. Stelmach within the PC caucus. They got the far-more-radical Wildrose Party off the ground. And when Ms. Redford came from behind to capture the PC party in 2011, they continued the strategy they’d used with Mr. Stelmach – abetted by the fact she soon ran off the rails.

It must have seemed as if they would achieve their project of a radicalized conservative government, far to the right of where the party was under Mr. Stelmach, yet democratically unassailable – if only they could absorb into the PC caucus the now superfluous Wildrose Party, which had served its purpose.

In retrospect, that was where the manipulators of the right overreached – and Mr. Manning, as the public face of that effort, has had to take the rap.

The public reacted with revulsion when the majority of the Wildrose caucus crossed the floor to join Mr. Prentice’s PCs. In his interview with Ms. Pratt, Mr. Stelmach rightly identified this as a disaster for his party: “The leader of the opposition has a responsibility to people and you don’t abdicate that responsibility,” he explained.

Now the people behind what was supposed to be a subtle reverse takeover of the PCs that would leave Albertans with no choices – former Wildrose leader Danielle Smith, the feckless Mr. Prentice, their financiers and Mr. Manning with his hands on the strings – have perpetrated a disaster for the right.

The NDP – led by Rachel Notley, a smart and careful leader who clearly understands what voters want to preserve, and why – has a significant majority, and thereby the scope to roll back some of the market-fundamentalist mischief of the past 40 years.

Indeed, a cautious royalty review may be the least of the right’s troubles when the new government gets a look at the PCs’ books. Regardless, the review will have to proceed whether the oiligarchy likes it or not – and if they’re smart about it, they’ll go along quietly in the knowledge that what the public wants from them would cost far more than what the essentially cautious NDP is likely to demand.

Notwithstanding a good campaign and its leader’s promise to be Mr. Congeniality in the Legislature, the mostly male, mostly pale Wildrose Party led by Brian Jean has been reduced to a social-conservative tea-party rump, unlikely to appeal to urbanized modern Albertans. Even the party’s name evokes this.

The Alberta Party might someday be a vehicle for the aspirations of the people who plotted against Mr. Stelmach, but a dangerous percentage of its supporters back a moderately progressive vision not unlike that of the Notley NDP. If the Alberta Party turns right, they’ll go Orange. Well, at least they have a better name!

So by not paying attention to Mr. Stelmach, in their hubris, the ideologues and their oil industry bagmen overreached and squandered much of what they’d won.

If interim PC Leader Ric McIver is serious about rebuilding his party, he needs to start listening more carefully to what Mr. Stelmach has to say.

A note on yesterday’s Notley appointments:

As a highly qualified newcomer with a background in the federal public service, Mr. Dicerni has both the skillset required to prevent the transition to the NDP from a 44-year Tory dynasty from descending into chaos and is untainted by the too-long, too-cozy relationship between the PC Party and so much of the provincial mandarinate.

Ms. Notley’s selection of Brian Topp as chief of staff is bound to be a little more controversial in Dipper circles. As a former NDP federal leadership candidate and manager of the Adrian Dix’s disastrous 2013 election campaign in British Columbia, the Quebec-born New Democrat has fans and detractors.

However, Mr. Topp’s role in the Alberta NDP’s war room during this year’s election campaign should do a lot to rehabilitate his reputation as one of Canada’s top political strategists.

In some ways, things will get more interesting as Alberta’s transition to NDP government moves to the next layers of the cake – where a huge number of positions must be filled by competent people on whom the party can depend without ruffling the feathers of long-time party loyalists who stuck it out through the lean years here in Wild Rose Country or the professional civil service.

These posts also appear on Rabble.ca.

With Lieutenant-Governor Donald Ethell, in frail health, set to retire, PM must choose replacement with care 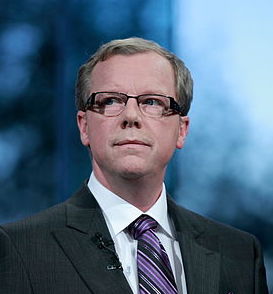 On a wing and a prayer, Alberta reluctantly adopts stricter measures to counter frightening upswing in coronavirus variants; AHS fences off GraceLife Church

8 Comments to: By ignoring Ed Stelmach, the oiligarchy and the ideological right overreached and lost plenty