Home / Alberta Politics / The Brian Jean Story: we’ve heard about the rags … why not the riches?

If some recent news reports are accurate, Wildrose Leader Brian Jean would appear to have lived a remarkable rags-to-riches story.

So why are we only being told the part about the rags?

Indeed, beyond the tale told by Globe and Mail Western Canada columnist Gary Mason about the little boy who never tasted store-bought bread till he was 13 or owned a new pair of pants until he was 14, and had never sat in a restaurant until he’d reached the age of majority, we still know very little.

If you poke around on the Internet, you can come up with some intriguing tidbits, like Mr. Jean’s boast in 2006 about the role his experience at Australia’s Bond University played in the success of the Fort McMurray business founded by his mother, Frances Jean. “Our net worth as a family has gone up ten times in the last 10 years – from $2 million to $20 million,” he was quoted as saying in a “graduate success profile.”

Not bad for a lad who dined on little meat but moose shot by his dad and wore hand-me-downs from his 10 siblings. So why wouldn’t the Wildrose Party celebrate this achievement?

One reason, and I am only speculating here, might be that Mr. Jean, who is now 52, has less to do with the success of the family business than his mother did.

Frances Jean appears to have been a remarkable woman, founder of Fort Mac’s first newspaper, well known and popular in the community and a survivor of the lean years that followed the Alberta oilfield bust of the early 1980s.

At 83, she is apparently still active in the business, City Centre Group Inc., as chief financial officer. Mr. Jean is CEO of the company, which started out as Mrs. Jean’s gift and stationery store and now owns several valuable downtown properties in the oilsands boomtown, and runs car wash, parking and travel agent businesses. It also has a publishing arm that produced Mrs. Jean’s history of Fort Mac on her 80th birthday three years ago.

Mrs. Jean’s official biography on CCGI’s web page says the stationery business was one of only two Fort Mac retail stores to survive the economic bust of the late 1980s and early 1990s.

This raises a question: if the business was doing fine until the mid-80s, when Mr. Jean was in his 20s, why the moose meat, hand-me-downs and lack of store-bought bread featured prominently in his media biography? It seems as likely they were the result of perfectly reasonable family choices as poverty, as news stories about Mr. Jean imply.

We know from online sources that his business and publishing experience is working for his mother’s company. We know he studied law at Bond University and later upgraded at the University of Calgary before being called to the Alberta bar and becoming a partner in a Fort Mac law firm. He left the firm when he was elected to Parliament in 2004.

As for such colourful activities listed in his resume as farm hand and logger, we know little about whom he worked for or how long he pursued these activities. If he was a professional inspirational speaker, he must have been more inspiring on the podium than he was on the stump during last Thursday’s leader’s debate!

Mr. Jean appears to have made few waves in his decade-long Parliamentary career – he is best known nowadays for the oddity of composing crossword puzzles and mailing them to his constituents.

In 2006, he was appointed Parliamentary Secretary to the minister of transport, a position coveted by ambitious Parliamentarians. However, in 2011, his Wikipedia bio says, he turned down reappointment “to focus more attention on his increasing constituency needs.” 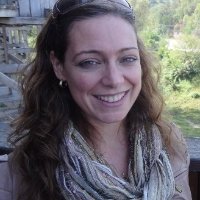 About the only major news story Mr. Jean seems to have been involved in during his Parliamentary career came in 2010, when the National Post spilled a lot of ink on the peripheral role he played in former Conservative MP Rahim Jaffer’s efforts to lobby for financing from the federal Green Infrastructure Fund for three environmental businesses.

According to the Post, Mr. Jean and his Parliamentary special assistant, Kimberly Michelutti, exchanged a series of emails with Mr. Jaffer and others involved in the effort, including messages to Mr. Jaffer sent via the email account of his wife, Helena Guergis, who at the time was member of Prime Minister Stephen Harper’s cabinet.

The Post reported that Mr. Jean and John Baird, his minister, also met with Mr. Jaffer.

Ms. Guergis was kicked out of cabinet in April 2010 by Mr. Harper after the federal ethics commissioner found she had, the Post reported, “violated the parliamentary code of ethics when she made a recommendation that was in the best interests of her husband.”

Nowadays, Mr. Jaffer keeps a low profile, Ms. Guergis is still embroiled in a long-running lawsuit against senior Tory officials she blames for the loss of her political career, and Mr. Baird has left Parliament for the world of business.

Other than that story, you can find references to Mr. Jean speaking up on various topics in Parliament. He broke with Mr. Harper over a failed motion supported by anti-abortion activists that would have encouraged legal rights for fetuses. He accused aboriginal leaders of being in cahoots with environmentalists in unsavoury ways to block a pipeline.

And now, of course, he has embarked on a new career in provincial politics. Ms. Michelutti is the official agent for Mr. Jean’s provincial election campaign in the Fort McMurray-Conklin riding and her Linked-in page lists her as a Project Co-ordinator for CCGI in Fort McMurray.

There’s barely a week left until election day. However the votes spin out, Mr. Jean will play a major role in Alberta politics over the next few years. We ought to know more about him than we do.

Where has the mainstream media been?

Math is difficult; electoral calculus for Alberta’s Tories is getting harder by the day

If COVID-19 proves anything, it’s that Ernst & Young was out to lunch when it recommended privatizing Carewest and Capital Care

Kinder, gentler Kenney must be for real! UCP lavishes 13 words of praise on NDP for capping super superintendent salaries!

4 Comments to: The Brian Jean Story: we’ve heard about the rags … why not the riches?