Home / Alberta Politics / Math is difficult; electoral calculus for Alberta’s Tories is getting harder by the day

Who would have thought a churlish reply like that would become the touchstone for this election campaign?

But there it is. Not the mirror the premier advised us all to look into, but Jim Prentice’s quarrelsome debate-night countercheck has become the official meme for this campaign, cited again and again by opposition politicians at the St. Albert all-candidates’ meeting tonight and most likely at other meetings of the same sort throughout the province.

When Mr. Prentice aimed that barb at NDP Leader Rachel Notley, it merely sounded condescending. And Ms. Notley, a skillful debater, parried it with ease.

But somehow it stuck, symbolic of the Prentice Progressive Conservatives’ own difficulties with simple math – especially the arithmetical conclusion a lot of Albertans seem to be reaching these days that the PCs’ excuses for where all the oil money’s gone don’t quite add up.

We haven’t saved as much as Norway, St. Albert MLA Stephen Khan weakly explained to a packed meeting room at the Public Library last night, because, unlike that Nordic land, “Alberta is not a country.” This prompted a low moan of discontent throughout the room, which I’m coming to think of as the sound of rolling eyeballs.

Democrat Marie Renaud got about the loudest laugh of the evening with her observation “math is hard” in response to one of Mr. Khan’s excuses. But I think every other opposition candidate in the room used the line once or twice to good effect, and usually winning a hearty chuckle from the crowd, which was polite but not particularly sympathetic to the government.

I’d be worried if I were a PC – it can’t be a good sign when the reaction you prompt in almost everybody is mirth.

Mr. Khan and Rus Matichuk, the PC candidate in Doug Horner’s old Spruce Grove-St. Albert riding, tried to fight a war of numbers on two fronts against Ms. Renaud of the NDP and Shelley Biermanski, a former two-time candidate for mayor who is running for the Wildrose Party.

Cheap shot of the night went to Mr. Khan who noted that Ms. Renaud doesn’t live in the riding – she’s worked here 12 years and lives nearby in West Edmonton. The grumbling in the room was audible – and not just from me.

I don’t think the packed room was buying the Tories’ arithmetic.

After all, math is difficult.

And with groups like Change Alberta suggesting that progressive voters in St. Albert rally behind Ms. Renaud, the electoral calculus for the Tories could even turn out to be impossible! 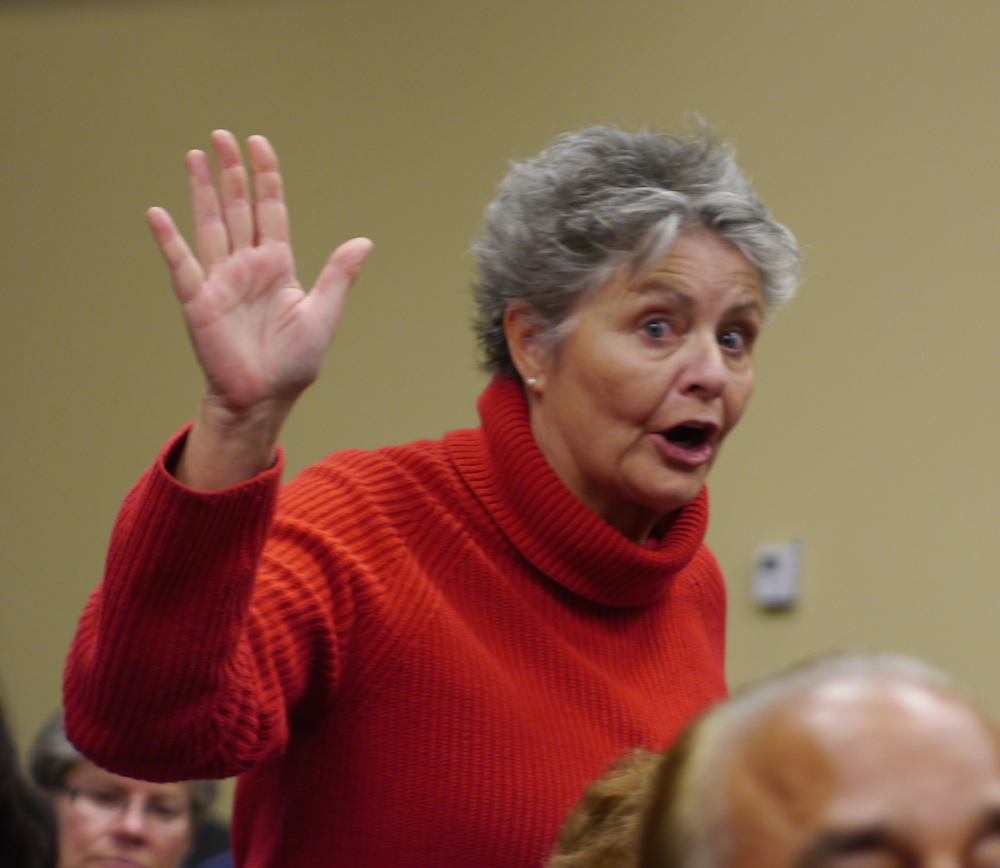 The Brian Jean Story: we’ve heard about the rags … why not the riches?

Tory civil war? Stream of unhappy revelations suggests PC party is turning on itself, if not actually imploding

The only hope for Alberta’s Tories now may be a call to Ghostbusters, or an exorcist!

16 Comments to: Math is difficult; electoral calculus for Alberta’s Tories is getting harder by the day