Home / Alberta Politics / How low can Jim go? I mean, seriously, how low can he go?

PHOTOS: Alberta Premier Jim Prentice demonstrates how low he can go to a group of admiring young Tories. Actual Alberta premiers may not appear as illustrated in old newspaper shots like this. Below: The real Mr. Prentice, the real Alison Redford and the real Ralph Klein.

How low can Jim go?

By which I mean, to put this entertaining question another way, how many seats can Alberta Premier Jim Prentice lose for the nearly 44-year-old Progressive Conservative Government he was brought in expressly to save and still avoid having to resign?

In other words, what is the benchmark for PC failure in 2015?

Nowadays, there are 87 seats in the Alberta Legislature. There was the same number in 2012, when thanks to a string of negative polls then-premier Alison Redford was widely expected to lose, but managed somehow to pluck victory from the jaws of defeat, emerging after April 23 with 61 seats for her PCs.

This in itself is a powerful lesson in expectations management.

The Wildrose Party under Danielle Smith – which at least until the Lake of Fire bubbled over, almost everyone except Ms. Redford’s strategist Stephen Carter had expected to win – emerged with a disappointing (to them) tally of 17 seats. The Alberta Liberals somehow managed to salvage five and the Alberta NDP, then led by Brian Mason, won four.

Without the bad polls leading up to that vote, Ms. Redford’s results, while hardly appearing to be an abject failure, would certainly not have been seen as the howling success they looked like at the time. 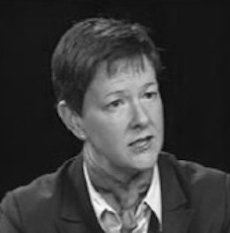 After all, Ed Stelmach, Ms. Redford’s predecessor in the province’s top political job, had won 72 of 83 seats in the March 3, 2008, Alberta general election. The Liberals won nine and the NDP got two that year. Back in those days, the Wildrose Party was just a twinkle in Preston Manning’s eye.

Like Ms. Redford, Mr. Stelmach in 2008 was a surprise winner of the party’s riskily open leadership contest and was not particularly beloved by the Tory establishment, which had wanted Gary Mar to win in 2011 and Jim Dinning in 2006.

Mr. Klein also won 63 of 83 seats on March 11, 1997 (18 Liberals and two NDPers), and only 51 seats of 83 on June 15, 1993, his first election as leader of the PC pack, which was also the high tide of the Alberta Liberal Party, which captured 32 seats that year. It was a low point for the NDP, which had been the official Opposition in the previous session and was shut out of the Legislature.

Like Ms. Redford, Mr. Prentice, as yet untested in a general election, has now been beset by a series of unpromising public polls, although none of them are of what we would call high quality. (And why, by the way, have there been so few good polls – by well-known pollsters using reputable methodology – so far in this election campaign?)

The cautious expectation of the punditocracy – once burnt and thus twice shy – has been that Mr. Prentice will win anyway. It ain’t necessarily so, as the song says.

The Wildrose Party led by Brian Jean, who replaced Ms. Smith when she defected to the Tories last December, and the NDP led by Rachel Notley, who replaced Mr. Mason when he retired as leader last year, have both been generating considerable support.

Nevertheless this situation may lower the bar a little in determining the number of seats at which an incumbent premier would be considered a dismal post-election flop and be expected to go over the side of Alberta’s mighty ship of state.

Don’t forget, unlike either Mr. Stelmach or Ms. Redford, or for that matter Mr. Klein, Premier Prentice came aboard with the full blessing of his party’s establishment and the highest expectations imaginable.

So where is the symbolic tipping point, do you think?

How low can he go?

There’s plenty of opposition to Alberta’s PCs – the question is, which way will it break?

When Tories, the Fraser Institute and media team up to attack plans to improve the CPP, you have to know it needs fixing!

Fast food and fair wages: What happens when a good idea from Alberta hits the big time in New York?

3 Comments to: How low can Jim go? I mean, seriously, how low can he go?