PHOTOS: An Alberta Public Service Commission message to civil servants. Actual public service bulletin board notices may not appear exactly as illustrated, and certainly do not in that colour! Below: Premier Jim Prentice and Acting Deputy Minister of Justice Kim Armstrong.

Now, about those directives sent to Alberta Justice employees and other civil servants instructing them to inform their supervisors if they planned to take part in the provincial election campaign, even if they planned to do it on their own time …

The CBC reported that one of the memos, sent to Alberta Justice employees on April 7 by Acting Deputy Minister Kim Armstrong, instructed the department’s civil servants that if they “were volunteering, even if it is just on your own time, please let your supervisor know.”

An attachment to the same note went ever farther, though, stating that the deputy minister “must be notified in advance of any political activity by a member of the public service.”

This may not exactly be “Memogate,” but it illustrates a serious problem in a province that’s been run by the same Progressive Conservative Party for nigh on 44 years that can’t simply be “rescinded” in a Facebook post by the premier.

We have to admit that, when he got wind of the memoranda thanks to a report by CBC Edmonton, Premier Jim Prentice reacted the right way, countermanding the controversial demand almost as fast as you could say “Canadian Charter of Rights and Freedoms.”

Mr. Prentice – who unlike most members of his party actually seems to get it that we have a written constitution in Canada now, complete with guarantees of specific fundamental rights – had someone quickly pen a note on his Facebook page calling the memo “ridiculous and offensive” and adding that “anyone who works for the Government of Alberta has the right to volunteer on political campaigns on their own time and I encourage them to do so.”

End of story, or so the premier profoundly hopes.

But the problem goes deeper than can be fixed by simply overruling one or two memos with an announcement on social media, and it may well have only been seen as a problem by the ruling PCs because they’re not polling as well as they expected to be when they started making plans for the early election campaign now under way. 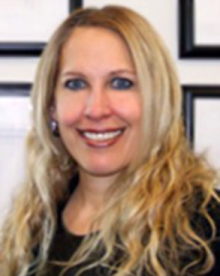 At any rate, it shouldn’t come as news to anyone who reads this blog that Mr. Prentice and his PCs are on petty shaky ground right now with almost anyone who works in a public sector job in Alberta.

Some previous PC premiers, like Ralph Klein, didn’t really have to worry about what public employees thought. Alison Redford ignored them as soon as she’d gotten what they wanted from them – she was in favour of public services and the people who did them in 2011 and 2012 when it looked as if the Wildrose Party might win the election, but she stopped listening to public employees once she’d won.

Alas for Mr. Prentice, Ms. Redford’s often outrageous actions have left him with a legacy of distrust he now can’t ignore.

This is especially true with numerous polls indicating support for the New Democratic Party led by Rachel Notley is surging in the Edmonton area, which, not incidentally, is home to thousands of public employees of many types, including civil servants, health care workers, educators and employees of quasi-independent boards and agencies.

Maybe Mr. Klein could ignore them, and maybe Ms. Redford thought she could, but Mr. Prentice has to know he cannot.

He has already demonstrated this by reversing Redford Government policies on public service pensions, and with the spin he put on his government’s decision to repeal Ms. Redford’s unconstitutional labour legislation, although it had little chance of survival in the courts.

Nevertheless, to give the man his due, he must have been horrified when he learned his loyal senior civil servants had been sending memos to the front-liners ordering them to let their bosses know if they planned to be campaigning for anyone. (By which you can read, of course, “campaigning for anyone who isn’t a Progressive Conservative.”)

The underlying problem that leads to nonsense like this seeming reasonable, even laudable, to the people who come up with it is how deeply embedded the PC Party is in Alberta after nearly 44 years of power as a virtual one-party government.

Given the complex and ubiquitous connections among the PC Party, cash-laden oilpatch bagmen, right-wing think tanks, the top levels of the civil service, civic governments and anyone who wants to get anything done in this province, it’s almost surprising that the memorandums didn’t instruct civil servants to tell their bosses if they planned to vote for someone other than the PCs!

Yesterday, according to the CBC, the people who issued the directives were scrambling to explain that, actually, what they’d meant all along was what the premier had just said.

The memos were just supposed to be friendly reminders to consider existing guidelines – you know, like not doing anything that interferes with regular work – and didn’t mean what they said at all. This is not, by the way, the first time Ms. Armstrong has faced a controversy involving emails.

Regardless, the premier’s Facebook notice notwithstanding, the PC mentality has certainly not changed – and it’s never going to change if we keep the PCs around, whatever Mr. Prentice says now.

Obviously, weeks before an election as the entire public sector is viewing this premier and his party through jaundiced eyes was not the optimum moment to send out an intimidating memo, and Mr. Prentice obviously understands that much.

Still, the instinct to communicate the chilling effect the memo was designed to instil lingers in the PC establishment and isn’t going to go away just because Mr. Prentice says it will.

Despite the embarrassment, the message has now been successfully communicated to civil servants – and others who work for and with the government – that campaigning for the opposition is a bad idea, and they’d better watch it.

Indeed, if you work for a charitable board that relies on government funds, for example, and you so much as Tweet out a protest about a PC policy or statement, you can expect to get a firm warning that your funding may be impacted and your clients will suffer if the criticism continues. This is Alberta. This actually happens.

And, presumably, it’s going to continue because no one has leaked that particular letter yet.

There is only one way to fix this, and that is to give the PCs a spell in opposition.

That would provide a clear message to any government to behave itself when it comes to Albertans’ fundamental democratic rights.

Governments, as they say, are like underwear, and benefit from a change from time to time.

This PC government has been around so long it comes as a surprise to its insiders that it really stinks when they tell citizens they can’t take part in a political campaign without their boss’s permission.

If Albertans can’t trust actuary’s conclusions, why did AHS hire the same firm? Hint: it’s not the firm you can’t trust

Year after year, about now, Alberta conservatives shoot themselves in the same foot

7 Comments to: About those civil service campaigning memos: Reflexive Toryism runs deep in Alberta, too deep to just ‘rescind’