The surprising turnaround by the Prentice Government on gay-straight alliances in publicly funded schools is certainly a victory for common sense and the common decency of most Albertans.

But the government’s unexpected decision to permit the passage on March 10 of legislation requiring all schools to let GSAs operate on school property if students felt they were needed should not blind us to the instincts of the Prentice Government or the hurdles that likely lie ahead.

First off, as is well known, when the private member’s bill calling for mandatory approval of student requests for GSAs was introduced by Liberal MLA Laurie Blakeman last year, the Prentice government’s instinctive reaction was to pander to social conservative elements among its base and try to counter her bill.

Indeed, that is what Bill 10 was supposed to be, a blocking action that would allow religious schools to refuse to comply with the intent of Ms. Blakeman’s Bill 202 while permitting the government to say it had responded in a “balanced” way to the huge public outpouring of support for advocacy of GSAs.

The government exploited the claim it needed to balance “parental rights” as part of its argument for its initial hostility to GSAs. It only changed its tune when it realized how strong the support was for GSAs from vast numbers of voters.

Second, do not expect the social conservatives who form the backbone of the Wildrose faction in the so-called Progressive Conservative Party, and who will retain their influence in conservative circles at least until science can prove conclusively that the earth isn’t flat, not to continue constantly lobbying for a rollback of tolerance for GSAs. 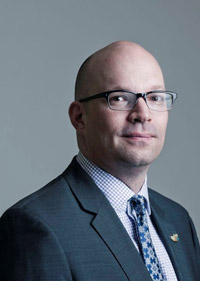 Indeed, lately as part of their not-so-secret social-conservative agenda they’ve been mischievously suggesting teachers who play a role in GSAs could be charged under the Criminal Code with corruption of a minor, a malignant misinterpretation of both the purpose and activities of GSAs, which are intended to prevent bullying of vulnerable young people.

Third, under pressure for its so-con faction, we can expect the Tories to allow religiously inclined schools to twist and bend the legislation beyond recognition.

We’ve already seen evidence that some Catholic schools want to use sensitivity to parental rights as justification to inform parents that their children are involved in a GSA.

“Parents shall be informed when their child wishes to join a student group in which one of the stated purposes focuses on issues related to sexuality or sexual orientation,” says the document drafted last month by the Catholic School Trustees Association, a pretty obvious attempt to subvert the intention of the law by frightening vulnerable children away from joining a GSA.

We all know where they intend this to go. In the words of Kris Wells of the University of Alberta’s Institute for Sexual Minority Studies, the results could be life-threatening. “That form of outing could have significant repercussions on a very vulnerable population … whose parents may in fact be their biggest source of discrimination or victimization.”

Finally, there’s no guarantee the government will even enforce the law if some school decides to break it.

The same day Bill 10 made it through the Legislature, the United Nurses of Alberta went to court to try to force the government of Alberta to enforce its own legislation, which requires the presence of a Registered Nurse in any facility legally defined as a nursing home.

A private, for-profit care home operator in northern Alberta has been ignoring the law, and the government has done nothing despite the problem being repeatedly and forcefully brought to its attention.

Again, we all know why. This is market fundamentalist government hostile to the whole idea of regulating private care home operators, especially if the regulations stand in the way of their owners’ opportunities to maximize profits. But it also knows that changing the regulations will cause a lot of concern by the families of people who reside in such facilities. So they’re happy just to ignore the law.

So don’t be too sure this government wouldn’t do the same thing in the case of a school GSA – and you can count on it that most students wouldn’t have the time or resources to go to court to try to force the government to live up to its commitments.

So the passage of Bill 10 is an important step forward. But it won’t succeed without monitoring and a willingness to push back if the government fails to live up to its commitment.

Alison Redford announced she would quit one year ago today

Trained as I was in the tradition of North American journalism, with its heavy emphasis on remembering anniversaries, I feel I would be remiss if I did not note that today is the first anniversary of the announcement by premier Alison Redford that she intended to quit. That was hardly the most significant in a moment in an exciting, at times bizarre, year for Alberta politics. Still, there it is, on this day in 2014, Ms. Redford, beleaguered by scandals about her travel practices and plans to build private residence atop a downtown Edmonton government building, announced that she would resign as premier of Alberta effective March 23, 2014. Um, that’s it for now.

Call the cops and clear the air: the PC Party cannot investigate accusations of criminality against its own member

The UCP health platform: mostly spin, some two-tier medicine, and scraps of red meat for the base