Home / Alberta Politics / Jim Prentice to Rotarians: Don’t read my lips, but no new taxes! Everything else will be revealed later …

PHOTOS: Alberta Premier Jim Prentice demonstrates the concept of “jazz hands” at his post-speech presser yesterday in Edmonton while Labour Minister Ric McIver stands by, perhaps pondering what it would have been like if he’d won the leadership race. Look, sorry, but the only camera I brought was in my cell phone. It’s just not that good. Below: Alberta Federation of Labour President Gil McGowan responds to the Premier’s speech. Same camera. Deputy Justice Minister Tim Grant.

The policies and promises offered up by Alberta Premier Jim Prentice may sound like the same old discredited economic nostrums to solve the same old endlessly repeating Alberta problems as those we heard from Ralph Klein, Ed Stelmach and Alison Redford.

But one thing for sure has changed with the former Harper Government cabinet minister and bank vice-president turned provincial premier: He makes almost all of his major announcements in front of mostly male, mostly middle-aged, mostly white and entirely well-off and self-satisfied audiences like service clubs and chambers of commerce.

Government by service club! It’s sort of like it’s the 1950s all over again!

Yesterday’s pre-budget speech to the Rotary Club of Edmonton was no exception. His topic, if you were to put it to music, might have been sung as: How Do You Solve a Problem Like the Unions. The message? Not so clear.

Which is another thing about Mr. Prentice’s policy pronouncements: no matter how many times the premier promises an exciting climax, a decisive moment, a policy that will really shiver Alberta’s timbers, “a new era for public sector bargaining in for Alberta,” there’s never very much there when the curtain is yanked back.

The Big Reveal always turns out to be for later… It’s sort of like watching the dance of a thousand fans – every time you think you’ve spotted something interesting, it disappears, replaced by an even more titillating glimpse of something else.

Yesterday’s Rotary Club speech was no exception to this phenomenon either.

Billed as a major policy statement on how the government is going to make its public sector unions behave themselves in an era of low oil prices that will never go away, it was no such thing. After all the huffing and puffing and spinning feathers, it became clear the whole thing was considerably less than the sum of its parts.

The two key takeaways, as far as I could see, were these:

As a result, he went on … we’re not going to do anything about it. Don’t read my lips, because I’m not actually going to say anything, but there will be no new taxes. (These are not actual quotes, of course, but merely your blogger’s paraphrases.) 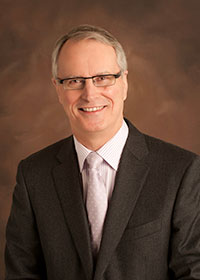 In other words, Alberta is going to keep all the old Klein-Stelmach-Redford-Hancock policies that cause the ongoing revenue problem – in particular, an income tax structure that favours the wealthy, low business taxes that ship revenue out of the country and a resource royalty structure that essentially gives away our community-owned property to large energy companies. Instead, we’ll try to fix it by beating up on modestly paid public employees.

In fairness, Mr. Prentice did try to make the case that Alberta civil servants and health care employees are paid too much. He credited this insight to a dubious propaganda press release by the Fraser Institute. This is not encouraging. As Alberta Federation of Labour President Gil McGowan observed unkindly after the premier’s speech, Mr. Prentice should really get someone to do better-quality research.

Second, Mr. Prentice said, seeing as “the status quo is not sustainable, my friends,” the government will strike a committee to figure out a better way to negotiate collective agreements with public sector employees.

Yes, that was the answer to the promise in the headline of the government’s portentous news release about the speech – “New era for public sector bargaining in Alberta; the Government of Alberta plans to reform the approach to bargaining with public sector unions.” A committee will look into it. Details to follow.

The committee will be chaired by Deputy Justice Minister Tim Grant, a senior civil servant. It will “advise government on how to revitalize and modernize the province’s approach to labour negotiations, based on the best practices of other jurisdictions.”

The only other jurisdiction actually being looked at, by the sound of it though, is British Columbia, which has centralized and politicized all public service bargaining in an entity called the Public Sector Employers’ Council Secretariat.

How this is different from the Public Service Resource Committee, the Redford era Alberta body chaired by then labour minister Thomas Lukaszuk, remains to be seen. Unlike the Redford Government’s committee, the B.C. agency has its own web page, so maybe that’s it.

Anyway, Mr. Grant’s committee will “take a fresh look at how we deal with labour disputes in our province,” especially in the public sector, and it will do it in a respectful way, the premier promised. Mr. Grant, a former Canadian army major general, will need to remember that respect in negotiations between parties to a contract is not necessarily defined the same way as in the armed forces. No one is going to salute.

The committee’s secondary mandate is to make Alberta’s labour legislation conform with the Supreme Court of Canada’s recent ruling that not only do public employees have a Charter-protected right to bargain collectively, but that it includes the right to strike.

Although the case dealt with Saskatchewan’s essential services law, its impact on Alberta, which bans outright virtually all strikes by virtually all public employees, was obvious and likely to be immediate.

The essential-services model that is now likely to replace the current laws is not necessarily good news for Alberta public sector unions, some of which have made illegal strikes work very well for them, but it was a sensible recognition of reality by the Prentice Government.

But how all this will work, like everything else spoken of yesterday, is not very clear.

Mr. Grant’s committee will report back in four months. After that, it will “launch talks with public sector employers and their respective unions about a different approach including an essential services model similar to that in place in other provinces…” Then …

Then? Well, by then there will probably have been a provincial election, one that Mr. Prentice clearly expects to win handily. If so, the political calculus may have changed dramatically.

In the mean time, the premier said, at the end of next month he’ll bring forward a Ten Year Plan to fix everything in Alberta. This time, you see, there really is a plan. It’s just that the details of what’s in it aren’t available just yet.

Apocalypse Now! (Details to follow) Get ready, Alberta, for the glories of the First Ten Year Plan

Must’ve been the welcome! U.S. Senator Wildrosers once claimed was spurned by Alberta NDP would ‘like to move to Canada’

An important message for the readers of Alberta Diary – welcome to AlbertaPolitics.ca

Vote-anywhere made it easier to cast a vote against the government from, well, anywhere

3 Comments to: Jim Prentice to Rotarians: Don’t read my lips, but no new taxes! Everything else will be revealed later …