Home / Alberta Politics / Call the cops and clear the air: the PC Party cannot investigate accusations of criminality against its own member

Sorry, but it’s time to call in the police to investigate the bribery accusations against an MLA who was until last Friday a junior member of Premier Jim Prentice’s Progressive Conservative cabinet.

I’m sorry to say this because the allegations made against Edmonton-Ellerslie MLA Naresh Bhardwaj may very well be completely frivolous, and also because due process, including the part about people being considered innocent until proved guilty by a court of law, is a fundamental principle of the rule of law. 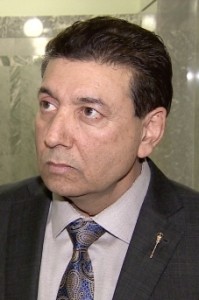 But as I said in this space and on this topic a few days ago, the Iron Law of Politics requires that justice not only be done, but that it appear to be done.

Moreover, the Progressive Conservative government itself must bear some of the responsibility for this situation.

PC movers and shakers were quite happy, after all, to hand over investigation of former Premier Alison Redford’s political offences to the police when it suited them, even though there was precious little evidence from the get-go to support a criminal charge – an assessment the law-enforcement professionals obviously shared when they dropped the matter in February without laying charges.

But having played to public cynicism about politicians because it worked for the party’s narrative in Ms. Redford’s case, they can hardly turn around and blithely claim the accusations made about Mr. Bhardwaj are simply an internal Progressive Conservative Party matter, none of the public’s business, and that party officials will investigate it and let us know their findings, or not, at an appropriate time.

Sorry again, but this is a public matter now, and an obvious public interest in resolving it in a thorough and transparent way. A serious allegation of a criminal offence has been made in a party that has acted as if other senior party officials acted criminally (although the police investigation showed otherwise). Plainly, such a situation cannot be properly investigated by an internal party committee with a stake in the outcome of the investigation.

The public may well be unreasonably cynical about political matters generally, but given this recent history and the additional fact that Gene Zwozdesky, Speaker of the Legislature, has now ruled questions to the government in the House on the matter out of order, an impartial investigation by professional police officers is the only way to clear the air and reassure the public about the operations of the government and its members in the Legislature.

The background to this situation was summed up by Graham Thomson, the Edmonton Journal’s political columnist, in his column yesterday: “The allegations against Bhardwaj – unproven in court – involve a hotly contested battle to determine who would be the Progressive Conservative candidate in the next election in Edmonton-Ellerslie. Bhardwaj is the incumbent and his accusers claim he offered a $10,000 bribe to prevent another PC party member from challenging Bhardwaj’s candidacy. Bhardwaj denies any wrongdoing and has launched a lawsuit against his accusers.”

For his part, Mr. Bhardwaj has quite properly stated his intention is to clear his name, presumably through the lawsuit noted by Mr. Thomson, but this cannot happen in an appropriately timely fashion since we are rapidly moving into an election period.

NDP Finance Critic Brian Mason asked the premier in the Legislature Monday if he doesn’t think “he has a responsibility to ensure that allegations of a potentially criminal nature are investigated by the appropriate authorities and not brushed aside to be dealt with by a political party? And if not, why not?”

Mr. Prentice handed this hot political potato to his Justice Minister, Jonathan Denis, who said, “this again is an internal party matter and that’s where it should stay, outside of this chamber.”

Unfortunately, this is no longer quite the case. The Legislative debate has been extensively reported in the media and widely discussed in public, and it is in no way merely an internal party matter any more. The party is in an apparent conflict of interest if it tries to investigate the matter, no matter how thoroughly and honourably.

News media also reports that the RCMP has said it will only investigate in the event it receives complaint. It is not clear, however, if the Mounties are referring to a complaint by a person with knowledge of the alleged event, or simply an interested member of the public.

Regardless, while one can sympathize with the wish of any police force not to get involved in a potentially messy political fight, the lack of a specific complainant should not impede the ability of any police officer in Alberta to investigate even vague or anecdotal reports a criminal offence has been committed.

Apparently Mr. Prentice has recruited recently retired Calgary Police Chief Rick Hanson to run as a PC candidate in his planned election, which more signs yesterday indicated is coming very soon. I’m sure Mr. Hanson would be happy to explain to the premier and the justice minister the ability and duty of any sworn police officer in Alberta to investigate matters of this nature.

It is clearly time to hand this matter over to the police to investigate impartially, as this same government did with the unjustified accusations of criminality against Ms. Redford, whose many sins were political in nature.

In addition to the obvious public good that this would accomplish in clearing the air about these allegations, it is almost certainly the quickest way for Mr. Bhardwaj to clear his name.

Dismissed by CBC Ombudsman, Commissioner’s complaint about story shows ‘Alberta Inquiry’ all but down for the count

It was good luck not good management that saved us from COVID-19 last spring; bad management is killing us now

Keep your eyes on the story of Jason Kenney’s ‘War Room’ – it’s going to be a boondoggle!

4 Comments to: Call the cops and clear the air: the PC Party cannot investigate accusations of criminality against its own member