Here are the lists of the top 10 fiction and non-fiction titles sold by independent booksellers in Alberta during the week ended Sunday, Oct. 24, 2021.

The lists are compiled by the Book Publishers Association of Alberta, and include sales at Audreys Books and Glass Bookshop in Edmonton.

Last week’s celebrity murder mysteries are back for a second week at the top of the fiction bestseller list, while the transcript of a 2005 commencement speech by novelist David Foster Wallace leads the non-fiction list. The transcript was first published in 2009, a year after the author’s death. The essay was published in The Best American Nonrequired Reading 2006, but this makes one wonder if someone somewhere in Alberta has put in on a required reading list.

The independent bookstores contributing to this weekly list are:

The Pull of the Stars, by Emma Donoghue, seems like a permanent fixture on independent booksellers’ fiction bestseller list 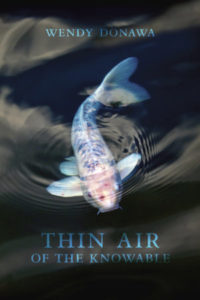