Home / Alberta Politics / 11 days from the brink, and Rachel Notley’s dice roll brings back memories of Mulroney and Meech

Brian Mulroney meets Pierre Trudeau, whom he would come to see as his nemesis for his role in undermining the Meech Lake Accord, in 1984 (Photo: Newfound and Labrador Historical Archives)

Rachel Notley, Alberta’s tough NDP premier who has clearly concluded her government’s survival depends on there being shovels in the ground building a pipeline by the time she asks the lieutenant governor to call an election next year, rolls the dice a lot like Brian Mulroney.

Well, not exactly like Mr. Mulroney. She is more disciplined and less garrulous than the old Irish-Canadian baritone from Baie-Comeau. The words “roll the dice” will never pass Ms. Notley’s lips. Nor will an admission, which she surely understands, that a pipeline to B.C. may never deliver the economic nirvana most Albertans have persuaded themselves it will. 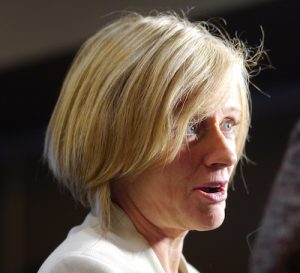 Still, both Ms. Notley and Mr. Mulroney are former labour lawyers who know a thing or two about hard-nosed negotiations. There is more of Mr. Mulroney’s style in Ms. Notley’s approach than I imagine either she or he would be comfortable publicly admitting.

When Mr. Mulroney spoke the fateful words “roll the dice” in an interview with the Toronto Globe and Mail in 1990, he arguably unintentionally delivered the coup de grâce to his Meech Lake Accord strategy to revise Canada’s constitution and bring Quebec, officially and irrevocably, into the Canadian constitutional family.

In an interview on June 12 that year, 11 days before the Accord’s final deadline, Mr. Mulroney told the Globe’s Susan Delacourt that to win the game for Canada he waited to the final moment to “roll the dice” to get the Canada’s premiers to agree to his deal. As a tough labour lawyer and negotiator, he knew that sometimes that’s the only way to reach an agreement when two strong parties are at loggerheads. 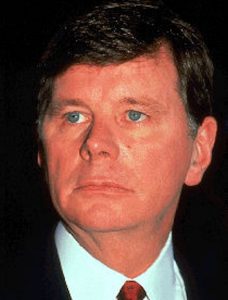 Alas, his critics – who included Pierre Trudeau, Mr. Trudeau’s Quebec separatist foes, elected-senate enthusiasts from Alberta, Newfoundland premier Clyde Wells, and Indigenous Manitoba MLA Elijah Harper – seized on that undiplomatic phrase as evidence of the prime minister’s supposed recklessness and used it to scuttle the constitutional deal. It died on June 22 in the Manitoba and Newfoundland legislatures.

It’s a pity. The country would almost certainly have been better off had Mr. Mulroney succeeded. Unfortunately – unlike Ms. Notley, it would seem – prime minister Mulroney couldn’t keep his lips zipped. By failing to do so, to mix metaphors, he scored an own goal for the opposing team, many members of which here in Western Canada disputed the fundamental principle of Canada’s Confederation. The Charlottetown Accord and like things followed, also without success.

You’ll never hear Ms. Notley describe her non-negotiable bargaining strategy that the expanded Trans Mountain Pipeline must go through as anything like a roll of the dice, but that’s arguably what it is.

With 10 days remaining before Kinder Morgan’s deadline, my only priority is to make sure the pipeline gets built. So, I won’t be going to the Western Premiers’ Conference this week. Deputy Premier @shoffmanAB will be attending the conference on my behalf. #AbLeg #bcpoli

That was clear enough last night by Ms. Notley’s Tweeted announcement she won’t be attending no stinkin’ Western Premiers’ Conference in Yellowknife this week as long as B.C. Premier John Horgan, also a New Democrat, continues to oppose the pipeline (as the people who elected him demand). 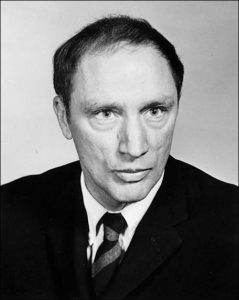 “It would be surreal and exceptionally tone deaf for anyone to think we could politely discuss pharmacare and cannabis when one of the players is hard at work trying to choke the economic lifeblood of the province and the country,” Ms. Notley said in a follow-up Tweet.

Mr. Horgan’s spokesperson responded that British Columbia is not a one-issue province, a good enough line under the circumstances. But it tacitly recognizes another thing that Ms. Notley knows but is too shrewd to say aloud. To wit: like it or not, Alberta is a one-issue province, and right now that issue is the Trans Mountain Pipeline Expansion. 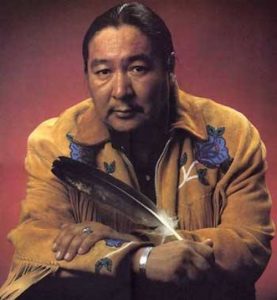 I think Mr. Horgan has been surprised by how unflinching Ms. Notley has been on this file. Having watched this drama unfold, no one else should be.

With Texas-based Kinder Morgan Inc. threatening to pull out of the Trans Mountain project, 11 days from now as it happens if the company manages to get the plug out of the socket by June 1, Ms. Notley is prepared to roll the dice to get a deal. I imagine there’s some dice rolling in the negotiations with Kinder Morgan going on behind closed doors too.

If this were a labour negotiation, the price of failure would be a long strike, which, as one of the enduring clichés of labour relations has it, nobody wins. Of course, when there is an 11th hour settlement, almost everyone can hail it as a victory.

Ms. Notley’s dice rolling could be a tactic of desperation. It could be one of confidence. Win or lose, we may never know for sure – at least until the tell-all political memoirs are published long after the dust has settled. But if I were a betting man, I’d be betting Premier Notley is pretty sure she’s going to pull this off. 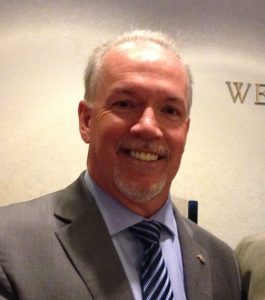 There was a day when Alberta’s conservatives used to tell party members in public they’d better pray the NDP never manages to get a pipeline built or their electoral chances would be considerably reduced – actually, “done for” is a phrase I once heard uttered in this context at a conservative fund-raising event. I’m sure they’re praying right now to their God of the Almighty Market that Ms. Notley fails.

Naturally, now that success actually may be within Ms. Notley’s grasp, the United Conservative Party has changed its tune on that prediction. But it’s likely they understand it may still be true.

What’s more, I’d bet they understand a tough labour lawyer who won “Canada’s Most Conservative Province” for the NDP of all parties is more likely to strike a deal like this than a blundering braggart whose big accomplishments have included leading a lobby group that solicits donations from seniors while towing a “debt clock” behind a truck, and getting repeatedly re-elected in a safe Calgary riding.

Even without the spectacle of Ms. Notley and Mr. Horgan facing off in Yellowknife, the next few days should be interesting!

Andrea Horwath is going to win Ontario on June 7 – that’s my story, and I’m stickin’ to it!

Guest Post: Canadians should be on red alert over Redwater Energy case

Oppositional by nature, the UCP acts as if Rachel Notley’s NDP was still the government

Facing stark choice on COVID-19 response, Alberta delays third phase of reopening plan and blames Ottawa for all its troubles

Now the public’s tuned in, it’ll be hard to put a lid back on discussion of rich subsidies to ritzy private schools

19 Comments to: 11 days from the brink, and Rachel Notley’s dice roll brings back memories of Mulroney and Meech